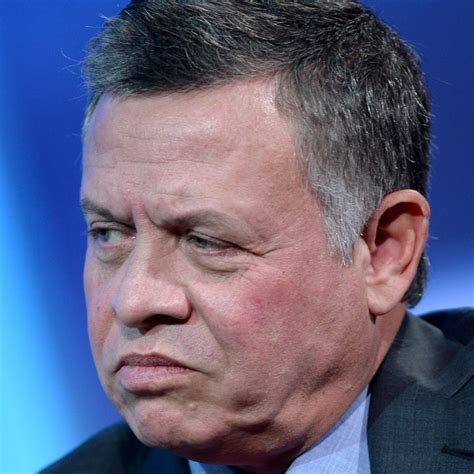 When discussing the application of sovereignty, we should examine the range of considerations regarding the Israel-Jordan-Palestinian triangle, and remember that the Palestinian national movement is the most dangerous enemy of the Hashemite regime.

The Palestinians are eyeing not only Jaffa and Haifa but also Amman. If an independent Palestinian state is indeed founded in the West Bank, it will first channel its subversion efforts towards Jordan, whose majority of residents are Palestinian. If and when it succeeds in overthrowing the Hashemite regime and linking up to radical Arab and Iranian elements in the region, it will be easier for the Palestinians to fight Israel more effectively.

Whoever thinks that Palestinians will suffice with a quiet life in a small and backward state between Jenin and Jericho are either complete ignoramuses or pathologically addicted to self-deception. They are ignorant of one hundred years of Palestinian political culture.

The intentional self-deception denies the lesson to be learned from the behavior of the millions of Gazans since the 2005 Gaza disengagement who bring upon themselves and their children continued destruction with their unrestrained and futile violence. If and when a sovereign Palestinian entity could export its successes based on a radical ideology, which would in turn ignite the imagination of Palestinians on both banks of the river Jordan, and if it manages to connect, agitate, radicalize and arm Palestinians on the East Bank – the regime in Amman will be in danger.

Hamas is expected to take over a future Palestinian entity in the West Bank, especially if the IDF and Shin Bet security agency won’t defend Fatah. Subsequently, there will be an even more serious and imminent danger emanating from the strength of the Muslim Brotherhood in Jordan.

The defense establishment opposes full Palestinian sovereignty. Broad Israeli consensus demands military control in the Jordan Valley to defend Israel from the expected aggressiveness of the Palestinians. Based on many years of peaceful experience with the Jordanians, these means would not be necessary if the Hashemite regime returned to the West Bank.

These same threats and justified distrust of the Palestinians guide Jordanian policy. They need to be cautious since the Palestinians are an existential threat to them. The Palestinian national movement has already brought civil war to Jordan in 1970, thanks to a wanton political culture that has defined it from its beginnings. Amman is not interested in a rerun.

If it’s agreed that the Palestinians are the enemies of the Hashemite regime, then the current situation is the most comfortable for Jordan. Israeli control prevents Hamas from taking over the West Bank, and the Israeli buffer in the Jordan Valley prevents uncontrolled contact between the Palestinians and Jordan. Denying the Palestinians full sovereignty prevents them from receiving foreign aid – from Iran, Turkey, Shiite militias, ISIS – and rocket fire from their territory, and there is no threat from their control of air and cyberspace. The Palestinians have already proved their tendency to turn anything into a weapon, including kites and balloons. The Jordanians have an interest in lasting Israeli control in the Jordan Valley, with or without sovereignty.

The real and important Jordanian concern regarding the current situation and what could happen as a result of it is worthy of a complex discussion. Their fear is that Israel will push the Palestinian population onto the East Bank in a way that will establish an alternative Palestinian homeland there, spelling end of the Hashemite regime. This fear has roots. Former defense ministers Moshe Dayan and Ariel Sharon supported this idea and attempted to promote it during the Jordanian civil war in 1970, and also during the first Lebanese war in 1982. Additionally, important circles on the Right, who wish to join Judea and Samaria with Israel, hope to create conditions on the ground to encourage mass emigration eastwards.

But in the past few decades, this notion has been pushed out to the fringes of mainstream Israeli politics, even on the Right its hold is weaker than during the times of the dominant ministers of defense mentioned above. The Palestinians who will reside in most of the West Bank will not have more reason to emigrate from it, even when Israel controls the Jordan Valley, and will still be able to sustain their ties with the Arab world through Jericho, as long as they don’t endanger Israel or Jordan. Here, as well, there is a great difference between applying sovereignty on all settlements to applying it to the Jordan Valley. Applying it to all settlements indeed endangers not only Israel but also Jordan. In the Valley, the situation is fundamentally different.