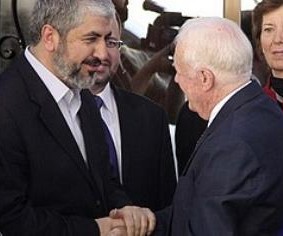 Terrorism expert Dr. Rachel Ehrenfeld on Thursday slammed former President Jimmy Carter for his planned speech at a fundraiser for a terrorism group linked to Hamas, telling Newsmax TV that “Mr. Carter has never met an Islamic terrorist that he didn’t like.” “Mr. Carter started his involvement with, as far as I know, with several nefarious characters even before he was elected president, when he was governor, and his peanut business was in trouble,” Ehrenfeld, the director of the American Center for Democracy, told “America’s Forum” host J.D. Hayworth. 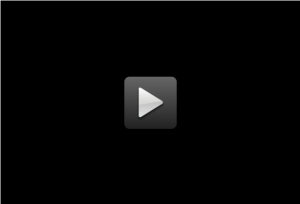 “It goes back to the days even before BCCI, the Libyans, the Saudis, had bailed his business out. So from then, he and his family had been living on Saudi largesses and others,” Ehrenfeld said of the Democratic president. “The older he’s gotten, the more supportive he has become of … others who are really not supporting anything that is written in the American Constitution.“He was a big champion of Hamas — and, apparently, he has been known, actually, to be very anti-Semitic,” she added. “So, combined with that, he’s having a ball.”Carter, 89, who has long supported Hamas in its struggle with Israel, will speak this weekend at an event in Detroit sponsored by the Islamic Society of North America (ISNA). The group has been implicated by the Justice Department in a scheme to funnel $12 million to Hamas.Other speakers at the event at Cobo Hall are unindicted co-conspirators Jamal Badawi, who was named in 2007 in the Holy Land Foundation Trial, and Siraj Wahhaj, who is listed for his involvement in the 1993 bombing of the World Trade Center.News of Carter’s participation in the event was first reported by Breitbart News. His presence could violate federal laws that make it a crime for any U.S. citizen to provide material support to any group designated as a foreign terrorist organization.Constitutional law expert Alan Dershowitz told Breitbart that Carter’s actions, in raising funds for the ISNA, place him “very close, if not across the line,” of criminal behavior.Ehrenfeld is the author of “Funding Evil: How Terrorism Is Financed and How to Stop It.”In her Newsmax TV interview, she attacked reports saying that the Islamic State is making most of its money from the seized Iraqi oil fields.ISIS is only making about “$25,000 to $30,000 a day” from the fields, Ehrenfeld said. Most of its money comes from blackmail.“There is a myth about, oh, they’re taking over the oil fields . . . that’s where the main money is coming from. It’s not. “That’s nothing. So that’s not it. You have oil fields, but you cannot operate them. You cannot produce anything. You don’t get much money from that.“They are blackmailing everybody,” she said. “Everybody has to pay them extra taxes.”Ehrenfeld compared IS, formerly known as the Islamic State of Iraq and Syria (ISIS), to a “mafia” or a “gang” — saying that “everybody who has a business, everybody who grows anything, everybody has to give them money.”The way to eradicate ISIS, Ehrenfeld said, was to “physically kill these evil people. No other way about it.“They have to be eliminated. You have to use force against it. If you will not kill them, they will kill us,” she said. “These are evil people.”The media has fueled the growth of ISIS thorough its coverage, Ehrenfeld said — “through the Internet, through YouTube, through television interviews with these people.“I guess if Hitler would have lived today, he would be interviewed, too, and we would hear his side of the story,” she said. “This is completely outrageous because we are giving PR to our enemies.”Ehrenfeld said news organizations must not “show any interviews with any of them to justify what they are doing. Because by showing this, we give them propaganda.”