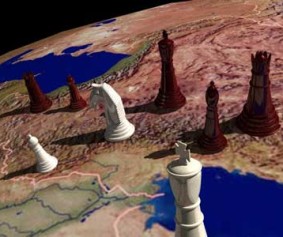 Israel should build on the common interest it has with its neighbors in confronting the Islamicist threat. [But could it?-R.E.]

The time to think about and plan for any post-war period is during the war. Unless all the signs are wrong, it would appear that Operation Protective Edge is drawing to a close, not as a result of any of the various cease-fire proposals but simply because it has achieved its goals: destroying all identified attack tunnels and thousands of other military targets.

Last week, I wrote about the most likely alternatives for the post-war Gaza Strip. There is no reason to revise that. Palestinian Authority president Mahmoud Abbas went to Cairo and very likely made his deal with the Egyptian government: you help us take over Gaza and we will make sure that no further collaboration with the terrorists in Sinai will emanate from there. Israel should welcome such a development and continue regional cooperation with Egypt on the situation following the cessation of hostilities.

And this brings up an even more important post-war planning requirement–namely how to play upon and reinforce the nascent Israeli/monarchical/secular Arab informal alliance that has been so much in evidence during the war; most recently in the televised speech by Saudi King Abdullah excoriating Hamas in the strongest terms. To strengthen and deepen this process should be the number one priority of the Israeli government after hostilities cease. It will require great skill and finesse on the part of both Israeli diplomacy and Israeli internal politics (the latter more problematical than the former).

Coupled with the Israeli economic “pivot” away from Europe and the US towards Japan, South Korea, China and India, Israel has the opportunity to take out a rich insurance policy on all fronts: economic, political, diplomatic and military. Let us hope and pray that the Netanyahu government, which has handled the war so well, will handle the peace equally well.

It is not too early, either, to critique the handling of the war. Politically and militarily it was masterly. However, it unmasked a very significant intelligence failure. The fact that Hamas was able, undetected and over a long time, to build three dozen highly sophisticated attack tunnels leading to Israel is simply unacceptable. The intelligence services need to critically reexamine human and electronic assets and processes to try to find out how this could have happened and make sure it cannot happen again. Hezbollah tunnels from southern Lebanon to northern Israel, anyone?

Elsewhere in the Middle East, it is becoming more obvious that the Islamic State (IS) is eclipsing all of the other Muslim terrorist organizations, including declining al-Qaida, Islamic Jihad, Hamas and Hezbollah, IS is helped in this development by the following factors: (1) hidden support by Turkey and open support by Qatar. (2) the incredible stalemate in Baghdad, which can’t manage to form a government. (3) the recent surprising defeat of the Kudish militia (Pesh Merga) and seizure of three border towns, which will give it greater military prestige than defeating the pathetic Iraqi army. And not least (4), the grotesque barbarity of IS’s post-conquest atrocities, surpassing anything before seen in an area that has “supped full with horrors”, to quote Shakespeare. The major asset of any terrorist organization is the ability to disseminate terror, and in this IS is a master.

But even here, this development may play into Israel’s interests, since IS not only terrifies the luckless inhabitants of the areas of Iraq and Syria it controls, but also many of the governments of the region, the very same ones that found themselves on Israel’s side in the war.

* A version of this column appeared in Globes Israel on August 5, 2014.