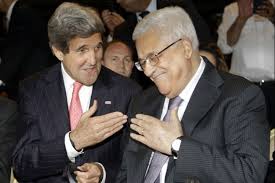 It must have been a shock to its “right-nick” listeners. But even government-subsidized National Public Radio (NPR) had a commentator last week declaring that the so-called Israel-Palestine “Peace Process” isn’t going anywhere. And, more importantly, he noted, the rest of the Middle East at the moment doesn’t care all that much about the issue. That’s quite an admission for the increasing anti-Israel lobby which now counts The New York Times and NPR among its brightest stars.

Nor was President Barack Obama likely to have heard much about the Israel-Palestine schmoozle in his peripatetic travels including trying to put a band aid on worsening Washington-Riyadh relations. True, the Arab League–which has more differences among its members than the United Nations Security Council–recently did come out against “a Jewish state”. But the Arab League has become less and less a spokesman for the Arabs. Its anti-Israel screeds are all that’s left of what broke away from British tutelage with Gamal Nasser’s overthrow of the British protected Egyptian monarchy in the early 50s.

Indeed, the list of issues is long facing the Arab world, and Muslim majority nations in general, and the Western powers ostensibly led by the U.S. in the Middle East. It is fraught with so many other threats that the problem of Israel’s relations with the Arabs pales in comparison. Nor does anyone believe the myth held among President Obama’s Arabist coterie that “solution” of the Israel-Palestine problem would be an open sesame to solving all the Middle East myriad difficulties.

Foremost now, for the Sunni Arab regimes–and even those nominally secular such as Egypt’s new military rule–is the specter of the growing regional power of the mullahs in Tehran. That’s exemplified for the Saudis by the growing evidence that the bloody Syrian Dictator Bashar Assad relies on Iran for life support. The Saudis publicly keep reminding Obama and the Europeans they had promised to eliminate him. Instead, there is even the prospect that Assad may negotiate his way into some sort of permanence through, ironically, Washington-sponsored peace talks.

The Saudis, who continue to call for an American commitment in Syria –which President Barack Obama originally promised and then welched on, see it as an extension of Tehran’s increasingly successful reach for regional hegemony. That’s not only by its support of Assad (along with Moscow) with both boots on the ground and armaments, but its encouragement of the Lebanese Shi’a Hezbollah. Hezbollah, the terrorist organization which before 9/11 had taken most American lives, has now become the dominant force in always sectarian strife-torn Lebanon. Furthermore, its troops blooded in the Syrian civil war are armed by Iran with increasingly state of the art missiles for any new engagement with Israel. Hanging over all this is the threat of the Tehran mullahs acquiring nuclear weapons and delivery systems, which U.S. allies in the region increasingly see Washington’s efforts to halt as faint-hearted.

Yet Obama puts an Israel-Arab settlement at the top of his public agenda most of the time, and Kerry frenetically hops from one side to the other with professions of “progress”. They both ignore the reality–clear to all to see but Washington and Obama’s advisors, including CIA Director John O. Brennan, who continues to view the notorious Moslem Brotherhood as the Islamic equivalent of European Christian Democrats.

As this is written, there appears to be a considerable chance “the peace process” will break down completely. That could be the best thing all around, at least for the time being. In fact, there is in reality no negotiating process because there is no Arab partner and no policy but stonewalling from the Palestinians’ self-appointed leadership. No Israeli government facing these conditions can do more than stall, too. So anti-Israel forces in Europe and America use the failure as a weapon to beat the Israelis.

As this is written, a further “dispute” has paralyzed continuing talks: Israel refuses to release unilaterally another 30 Palestinian prisoners–some terrorist killers–unless the Palestinians agree to further “talks” before they are released. And the Palestinians say no talks resumption until the prisoners are released. This is just one more piece of the inanity of the whole “process”.

In the first place, Washington’s efforts are with an Arab leadership–only installed on the so-called West Bank. No one is prepared to negotiate, were it possible, with Hamas in Gaza. There, terrorists, officially labeled by both the U.S. and the Europeans, publicly boast of their refusal to recognize Israel or give up claims to the whole of the old British League of Nations Palestinian Mandate.

No Palestinian leader–speaking in Arabic rather than English or French–has given a clear-cut statement of acceptance of the existence or the right to exist of an Israeli state. More recently, that has been reinforced with Washington’s chief Arab interlocutor, Mahmoud Abbas now rejecting the concept of “a Jewish state”.

Obama and Kerry have reinforced the Palestinian objections to Jewish “settlements” on the West Bank, although, obviously, any agreement would have to include some 1.7 million Arabs living within Israel’s 1967 armistice lines. A two-state solution would have to include large minorities of each group or call for an enormous population swap–which Israeli Arabs have already forcefully rejected.

Demilitarization of any future Palestinian state would have to be a basic issue for the Israelis given the pattern in Gaza, where a withdrawal (including the Israeli destruction of Jewish “settlements”) has resulted in a base for constant missile harassment. Yet Abbas has already rejected the Israeli insistence that its security (concurred on by Jordan) requires it hold on to bases in the Jordan Valley, its first line of defense on the east.

Abandonment of the traditional Hebrew centers in Judea and Samaria (the time-honored names for the West Bank) would further the outrageous radical Muslim campaign to deny Jewish/Hebrew history despite their own religious texts’ reliance on it. In fact, it was there for the most part where the ancient Hebrew kingdoms which the Zionists seek to restore in their modern state were located–not in the plains around Tel Aviv, now its largest center of Jewish population. Abandoning them would further the whole campaign to delegitimize Israel.

Increasingly, so-called “pro-Palestinian” sentiment in the West has either merged with traditional anti-Semitism or the remnants of the Communists and their fellow travelers. Whatever excesses exist–in an embittered Israeli Occupation of predominantly Arab areas–have followed six unsuccessful attempts of the Arab coalitions to wipe out the Jewish state.

Hamas and its rival Islamic Jihad in Gaza are gaining strength for Muslim jihadists in the West Bank (as witness recent rioting in Jenin, a flashpoint going back to 1936 Arab attacks on British Mandate authorities and the then small Jewish community.) There is every reason to believe that, were elections held, Abbas and his “moderate” following in the non-Gaza areas would be decimated by Hamas (which may partially explain his tortured extension of his current office).

The United Nations Relief and Works Agency for Palestine Refugees [UNRRA], the only organization created for a single refugee group, has well over a billion-dollar basic annual funding. It perpetuates the refugee problem by including all descendants of those who either voluntarily left or were pushed beyond the 1948 armistice lines, its schools are a hot bed of racist propaganda against Jews, and its summer camps sponsor training for terrorists according to its former counsel. The Palestinians’ negotiating demand for a return of all Arab “refugees” to Israel is not only unrealistic but is just one more stumbling block to real negotiations.

So what are Obama and Kerry talking about when they sponsor a continued “peace process”?

It appears more than anything else an extension of Obama’s highly trumpeted outreach to the Muslim world announced early in his first administration (with the rather shaky historical review of his Istanbul and Cairo speeches). Since then, we have seen The Arab Spring turn to The Arab Winter, a brutal massacre of his own people by Assad in Syria with an answering radicalization of the opposition, the fall of an Egyptian autocrat to the Muslim Brotherhood’s “one man, one vote – one election” to the reinstitution of a military authoritarian Cairo regime which Obama has spurned and therefore with whom Washington has little influence, and a frightened and disaffected group of Persian Gulf American allies.

There are times when “just stand there” is the proper advice. Minus the encouragement–and financing of some of the most corrupt politicians in the world–by the U.S. and the Europeans of the so-called Palestinian cause, the current Israel-Palestinian stalemate continues intractable. Statesmanship dictates that it be put on the back burner, at least for a while, and a turn to other far higher priority problems from the Black Sea to the Baltic as well as the continuing threat of the Iranian bomb and East Asia where the results of the ballyhooed “pivot” are still awaited.

This article was originally published on Sol Sanders’s website.