Israel and the New World Disorder* 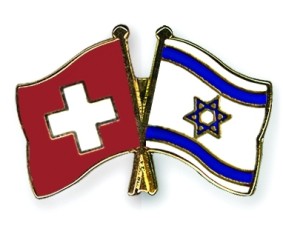 Switzerland has about the same population as Israel with four distinct ethnicities and is in a similarly vulnerable geographic location. It has been continuously independent since 1291 except for a brief period of French occupation during the Napoleonic wars. It has not been involved in an international conflict since 1815 and its independence and neutrality were respected throughout World War I and World War II, which convulsed Europe for ten of the thirty-one years between 1914 and 1945.

How was this possible? Well, among other things, it is a rich and relatively self-sufficient country with a highly-educated population. It also has a sizeable and efficient defense industry. Perhaps most importantly, it is armed to the teeth, with extensive fortifications and an entirely conscript army–there are no exemptions, except for medical reasons. It has joined no military alliances and is not even a member of the European Union.

The Middle East and North Africa have been in chaotic turmoil now for three years.  But chaos and violent turmoil are by no means limited to this region, as attested to by current events in countries as geographically dispersed as Venezuela, Ukraine and Thailand.  Since the United States, due to gross over-indebtedness and consequent financial and economic weakness, as well as popular revulsion against two prolonged and unnecessary wars in Iraq and Afghanistan, has abdicated its post-Cold War position of global dominance, the international system has no structure.

Even regional hegemons, much less global, have not yet emerged. The countries of the Western Hemisphere are resolutely ignoring the events in Venezuela, China is not interested in Thailand and obsessed with trying to establish a form of sovereign control over the East and South China seas, and even the would-be regional overlord Putin is meeting his match in Ukraine. The United Nations and the European Union are totally ineffective; and, in the case of the U.N., its activities are often counter-productive in terms of promoting international stability.

This situation is likely to last for a long time. Is there a lesson here for Israel? In its region, competition for dominance fluctuates among Egypt, Saudi Arabia, Turkey and Iran. But Egypt is dependent on the Saudis and the Gulf States to postpone economic meltdown, Turkey is out of the competition for the time being, and the Saudis are between a rock and a hard place, as they well know. Only Iran, believing it has out-maneuvered the six world powers, is proclaiming victory and exercising increasing pressure on its neighbors, as outlined in this column earlier.

Indeed there is a lesson here, and it is quite simple: Maintain overwhelming military strength so as to be immune from threat of invasion, keep up its defense industries and its scientific and technological superiority, and permanently keep track of new threats and develop corresponding defensive systems in such areas as cyber-warfare.  It should depend on itself for survival and progress and observe strict neutrality in conflicts which do not directly threaten its national security.

What about Iran, potentially a nuclear power? In 1914 the Swiss could have asked themselves, “What about Germany?”, which after all borders on Switzerland.  During the Second World War, the country was surrounded on all sides by potential enemies.  At least Israel is not threatened on all sides (the Mediterranean is not hostile and neither is Jordan), and Iran does not border on Israel.

* A version of this article appeared in Globes.