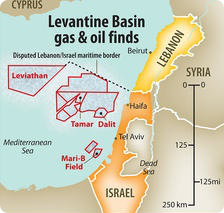 With the price of a barrel of benchmark crude oil falling by a half in the past six months, the punditocracy is out in force prophesying about what it all means.  Predictably, their conclusions range from “It’s wonderful for the world’s economy in general although certain countries will be hurt” to “It will be a disaster in general although a few low-cost oil producers will benefit”.   Conspiracy theories have also proliferated, especially that the fall in price was due to a plot by Saudi Arabia and other low-cost producers in the Gulf region to drive competition out of the market.  There is no doubt that they have taken full advantage of the situation, but the situation itself was caused by a simple phenomenon learned by all students in Economics 101: if supply of a product increases and demand stagnates the price of the product will fall.  End of lesson, class over until next week.

Bernard Baruch, the world’s best-known financier between the two world wars, was asked by an interviewer what the stock market would do over the next few months. He famously replied, “It will fluctuate”.  The same is true for the price of oil and for that matter, all other commodities.  When high-cost oil is driven out of the market the  inexorable laws of supply and demand will cause the average price to rise again, but in the meantime the following will have happened:

(1) Nigeria, Venezuela, Iran and Russia will have had their economies seriously damaged.  They are highly dependent on oil exports and in the case of the first three, their crude is generally of low quality and does not fetch the international price.

(2) Some of the Canadian and U.S. “frackers” will have gone bankrupt and the North American oil production boom will be temporarily stalled.

(3) OPEC will be no longer be an effective cartel.  It may survive as a talking-shop but its days as a fearsome ogre will be over.  Furthermore, the low-cost producers will no longer care.

What will it all mean for Israel once the dust settles and the price has gone back to seventy or eighty or ninety dollars a barrel?  In the first place Israel is currently an importer of petroleum, so the drop in cost will be a significant plus.

Secondly, right about the time the price begins to rise again, significant offshore oil finds may occur, so that Israel can substitute internal for external supply and perhaps even export.

Thirdly, Israel’s rapprochement with Saudi Arabia, the UAE and perhaps other Gulf states will likely be enhanced.  The Saudi oil minister has already said that the monarchy is willing to supply Israel with oil, an historic change in policy, but in another historic move which might be studied by segments of Israeli society as well as the Palestinian propagandists, he referred to Israel as “the Jewish state” (not, be it noted, “the Zionist Entity”).

In sum, for Israel the news is unambiguously good.  In the short run it will benefit from the low price.  In the medium- and long-term it could well benefit when prices increase again.  It will see its enemy Iran economically weakened and perhaps even subject to regime change. Venezuela will be forced to cut back or to end its support for Iranian and Hezbollah activities in Latin America. Even if no commercial quantities of oil are found offshore, although the benefit will be reduced, the net result  will be positive.

* Norman A. Bailey, Ph.D., is Adjunct Professor of Economic Statecraft at The Institute of World Politics, Washington, DC, and teaches at the Center for National Security Studies and Geostrategy, University of Haifa.

** A version of this article was published today in Globes.