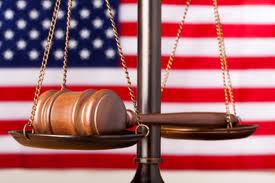 “Defendants assert that they have standing to move to quash the instant subpoenas on the ground that the subpoenas seek all contracts between Pepsi and the defendants, documents which, they claim, include confidential proprietary information about defendants’ bottling operations. In support of their claim defendants submit the affidavit of Eric L. Lewis, Global Legal Coordinator for defendant-judgment debtor Ahmad Hamad A1 Gosaibi & Brothers Company (“AHAB”)….

Defendants contend that compliance with the subpoenas would expose Pepsi to civil and criminal penalties under the laws of Saudi Arabia. In support they offer the unsworn affidavit of AHAB’s Saudi Arabian lawyer, Dr. Eyad Reda, who claims that absent consent of the account holder or royal or agency order, Article 19 of the Saudi Banking Control Law and Shari’ah principles of privacy prohibit disclosure of banking information to any third parties.

In opposition, plaintiff’s expert, Muddassir H. Siddiqui, alleges that Article 19 prohibits such disclosure only by parties who come into possession of banking information during the performance of their duties under the Saudi Banking Control Law. He notes that since Pepsi does not operate as a bank under Saudi Law and is not an agent of the Saudi Arabian Money Authority, Article 19 imposes no restrictions on. Pepsi. Moreover, he contends, Saudi law and Shari’ah law obligate a Saudi debtor to fully disclose its assets to its creditors. Thus, Pepsi’s disclosure pursuant to the subpoenas is consonant with Saudi law.

The Court accepts the opinion of plaintiff’s expert. He supports it with specific citations and a copy of the Banking Control Law. Defendants’ expert fails to specify what “parties” are subject to the requirements of the Saudi Banking Control Law and fails to specify the Shari’ah principles of privacy on which he relies.[Footnote: Whether Shari’ah law is “law” or religious traditions that differ among Muslims is a factual issue (see, e.g.,Awad v Ziriax, 754 F Supp2d 1298, 1306 [WD Okla 2010], aff’d 670 F3d 1111 [10th Cir 2012]). Moreover, as Standard notes, New York courts generally do not permit a party to avoid disclosure in response to a subpoena on the basis of religious laws or rules. (Matter of Congregation B’Nai Jonah v Kuriansky, 172 AD2d 35, 38-39 [3d Dept 1991]).

Defendants’ citation of Richbell Info. Servs., Inc. v Jupiter Partners L.P. (32 AD3d 150, 156 [1st Dept 2006]) does not support their contentions. That case concerned pre-trial discovery from a party, not, as here, post-judgment discovery of judgment debtors’ assets. Moreover, as noted, the requested disclosure would not be prohibited under Saudi law or Shari’ah principles.

This helps show, I think, a point that I’d made before: The American legal system generally does a good job of dealing with arguments for consideration of foreign and religious law (including Islamic law). Sometimes it does take into account foreign law and parties’ felt religious obligations, and sometimes it doesn’t – but indeed our legal system sometimesshould take such things into account, and sometimes shouldn’t. There’s no need for broad new bans on such consideration, whether as to foreign law, religious law, or Islamic law in particular.

To focus on this case:

1. Say a Japanese court sought to order an American company to reveal information about American citizens that is protected by American privacy laws. Even if the Japanese court has jurisdiction over the American company (for instance, because it is deciding a lawsuit that stems from the company’s conduct in Japan), such orders could seriously interfere with international trade and investment – and could put companies in the unfair position of being punished by some country’s law no matter what they do.

For this reason, many countries’ so-called “choice of law” rules aim at trying to minimize such conflicts, and provide that sometimes (though not always) a court should apply the law of a foreign country rather than its own. The rules are complex and varied, but they’re important, and they can’t be simplified to “always apply our own law” (or for that matter “always apply the other country’s law”) without causing huge problems. So we should expect that Japanese courts will sometimes consider American law in refusing to order American companies to produce records, American courts will sometimes consider Saudi law in refusing to order Saudi companies to produce records, and so on. But of course in doing so American courts – just to give our country as an example – will be in the first instance applying the American law related to choice of law, albeit American law that calls for the consideration of a foreign country’s law.

But, to block production of documents because of foreign law, a court must first be persuaded that foreign law does indeed forbid such production. Here, the court considered the parties’ submissions, and found that American law could be complied with without requiring a violation of Saudi law. Maybe the court erred on the facts, and maybe the parties didn’t develop the facts as well as they could have. But that risk of error is present with all adjudication, and it’s better to run that risk than have a flat rule (e.g., “never consider foreign law”) that’s likely to handicap American economic relations with the rest of the world.

2. Throughout American history, American law has sometimes considered people’s religious beliefs in deciding whether to exempt them from generally applicable laws. As I’ve arguedat length, I think that the federal Constitution shouldn’t be read as generally requiring such religious exemptions, but it’s often sensible for federal, state, and local governments to choose to create such exemptions (though I think they should generally be extended to nonreligious conscientious objectors as well, much as the draft exemption has been so extended).

So in principle, the argument “I’m a Muslim, and I think Islamic law forbids behavior X, so I should be exempted from a legal requirement to do X” might sometimes prevail. (See, for instance, the cases involving religious headgear in courtrooms.) American courts wouldn’t ask whether Islamic law really forbids behavior X, but they would ask whether the person sincerely believes that his religion – whether Islam, Christianity, Judaism, or whatever else – forbids the behavior. And they would ask whether an American legal rule, whether statutory, constitutional, or common-law, authorizes such religious exemptions. They would thus not be applying Islamic law as such. Rather, they would be applying American lawthat authorizes exemptions for religious believers (including for Muslims).

New York’s highest court, as it happens, has interpreted the New York Constitution as providing some modest across-the-board protection for religious objectors:

[W]hen the State imposes “an incidental burden on the right to free exercise of religion” we must consider the interest advanced by the legislation that imposes the burden, and that “[t]he respective interests must be balanced to determine whether the incidental burdening is justified” (La Rocca v Lane, 37 NY2d 575, 583 [1975], citing People v Woodruff, 26 AD2d 236, 238 [1966], affd 21 NY2d 848 [1968])…. [In performing such balancing,] substantial deference is due the Legislature, and that the party claiming an exemption bears the burden of showing that the challenged legislation, as applied to that party, is an unreasonable interference with religious freedom. This test, while more protective of religious exercise than the rule ofSmith, is less so than the rule stated (though not always applied) in a number of other federal and state cases.

And, as the court in Standard Chartered Bank v. Ahmad Hamad AL Gosaibi and Bros. Co. noted, past New York decisions have held that – because of the importance of the duty to testify – no religious exemptions need be given from this duty. The duty might burden people’s religious beliefs, by requiring them to testify when their religion forbids testimony, but that burden is justified by the importance of the government’s interests involved. So as a result, even if those ordered to testify sincerely believe that Islamic law forbids their testimony, they will lose, just as those who sincerely believe that Jewish law forbids their testimony will lose.

Again, this is on balance a pretty sensible result. And it’s a result that is dictated by American law, which provides that sometimes religious objectors do get exemptions (whether under state constitutions, under broadly applicable state or federal Religious Freedom Restoration Acts, or under specific exemptions included in specific statutes) and sometimes they don’t.