Islam: Getting It Right* 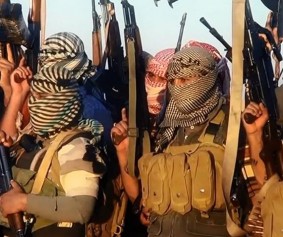 “Intelligence failures” — fundamental mistakes in evaluating a geopolitical situation — are not rare among state intelligence organizations. They are unfortunately common enough and have cost the lives of millions.

They are a reflection of what after all is a human endeavor with all its frailties. A technician’s intercept of a Japanese naval signal, in the infancy of radar, is ignored with disastrous consequences on December 7. Failing to check a driver’s license more carefully when he is stopped for speeding fails to nab a 9/11 plotter. Placing the briefcase loaded with a bomb a few feet too far fails to kill Hitler costing more thousands of lives.

Such failures are only marginally reduced by the introduction of all the new techniques of the digital revolution since the opportunity for error is so great in these complex situations involving individual peculiarities as well as the presumed overriding political considerations.

Yet there are larger intelligence “failures”, those that result from a fundamental misunderstanding of a much larger cultural environment, whether it be the whole frame of reference of an opponent or constructing a seemingly logical scenario without all the facts. A case of the latter, for example: In 1937 Washington almost went to war with Japan over “The Panay Incident”, sinking of an American ship of the Yangtze Patrol thought to be an expression of Tokyo’s militarist aggression but actually the result of the smuggling activities of a corrupt Japanese admiral. That, of course, did not preclude the outbreak of that war a few years later.

Washington’s surprise and shock at the most recent events in Iraq are the quintessential example of the former, in this instance an inability to judge events in the context of the Muslim world.

For whatever reason, President Barack Obama and his national security team — despite the extraordinary credentials in Arabic studies of CIA Director John O. Brennan — are bent on misinterpreting the Islamic world. On that basis, Obama’s attempt to reach out for a new relationship with Arab and Islamic countries, expressed in his 2009 Istanbul and Cairo speeches, has come to naught. Instead, that simplistic outreach has further confused issues.

Neither Obama’s flattery nor efforts at appreciation of another culture have been successful. That is in no small part because his premises fundamentally distort or ignore history. Yes, Thomas Jefferson had a Koran in what was probably the most diverse and perhaps the largest library in colonial North America. But after years of trying to persuade the West Europeans to join the infant American Republic in suppressing piracy and abduction on the Barbary Coast, he ordered the infant U.S. Navy and Marines (a standing army he had opposed) into action against Muslim warlords he could not understand but refused to knuckle under to.

Islam has not, as the President insists, played a role in the ideological formation of the American ethos. The Judeo-Christian ethic of The Founders and the founding documents owed no allegiance to Islam. It was an alien culture with which Americans have had only minimal contact until relatively recent decades.

Furthermore, all of this false rationalization is part and parcel of an attempt to equate Islam with “the other Abrahamic religions”. That, again, is a complete distortion of reality. For even where it is practiced in moderation, Islam’s fundamentals cannot be equated with contemporary Christianity and Judaism. Both of these beliefs have evolved through centuries of accommodation to Hellenism and modernization in their European existence. Islam has not, for example, given up its right to a fierce monopoly where its adherents hold political power — something now rejected by various Christian confessions after a painfully long history of bloody religious war.

Furthermore, in an excess of tolerance, any attempt to examine and relate Islam to current events is denounced as “Islamophobia”. Often the denunciations come from organizations with pretensions to representing Muslims residing in Western democracies but with hidden connections to the Muslim Brotherhood and other intolerant Islamic organizations and concepts.

Perhaps more than anything else, this misapprehension of Islam and its relation to the West explains the latest monumental failure of Washington “intelligence”. Despite entreaties from the al-Maliki government in Baghdad for months for help against a foe it recognized, Washington appears befuddled with the sudden blossoming of a crisis of the regime. The threat is further magnified by the enormous commitment of blood and resources by the U.S. during its war against Sadam Hussein and the suppression of a sectarian civil war. That war was, too, initially based on the assumption that having fiddled with weapons of mass destruction earlier, Sadam was at it again — a belief shared if mistakenly by all the major allied intelligence organizations.

That is why the now seemingly sudden emergence of a barbaric terrorist force threatening to take over Iraq, one of the most important of the Arab states with its vast petroleum resources, has come as such a surprise for the Administration. All this is a repetition of the Administration’s attempt to minimize the importance of Muslim terrorism riding on the coattails of one of the world’s major religions. And that misperception has resulted in its inability to anticipate or to cope with political events, whether in Tunisia, Libya, Syria, or now Iraq.

The President’s attempt to end the conflict with Muslim terrorism by unilaterally announcing its demise will fail of course. Unfortunately, Muslim terrorism is alive and well in half a dozen countries with every expectation that it will continue to make the U.S. and Americans one of its principal targets. The current advance of a terrorist group in Iraq with a significant number of international participants, many recruited from America and Europe and Australia, is only a manifestation of that general continuing problem for U.S. policymakers.

Probably even more damaging, by failing to acknowledge the traditional role of violence and conflict in the history of Islam, the Administration has further handicapped those forces in the West and in the Muslim countries seeking modernization. The fogging of issues has permitted essentially antidemocratic organizations like the Muslim Brotherhood to mask their real intent. It blinded the Administration to the growth of what was intended as another religion-based tyranny under former President Mohamed Morsi. Then its reluctance to accept his popular overthrow by the military reduced Washington’s ability to influence the new Egyptian regime. In Syria, Washington was unable to see that the popular resistance to the Assad dictatorship was coming under the domination of international Muslim fanatics. They have now spread to Iraq, not only threatening that government and its neighbor Jordan, but with the possibility of providing the kind of sanctuary for attacks on the U.S. that obtained in the Taliban’s Afghanistan on 9/11.

To quote the old cliché, ideas have consequences. Failure to deal with the relationship between Islam and the Muslim terrorists that threaten American interests in the region — and even the U.S. homeland as in 9/11 — is likely to cost dearly.

A version of this column will be published Monday, June 16, 2014, at yeoldecrabb.com