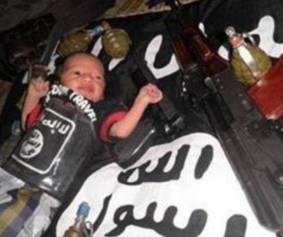 The following are excerpts from Spotlight on Global Jihad (December 10-16, 2014).

The battle for hearts and minds conducted by ISIS

Indian police detained a suspect a few days after it was revealed by the British Channel 4 that he was in charge of running ISIS’s English-language Twitter account. The detainee is Mehdi Masroor Biswas, a 24-year-old resident of West Bangalore, an engineer by profession. He was detained by the Indian police on December 13, 2014, at his home. Police said he was close to English-speaking ISIS operatives and became a source of information for new foreign fighters who wanted to join the ranks of the organization (Dailymail.com.uk, December 13, 2014). The detainee admitted that he is the one behind the @ShamiWitnwss English-language Twitter account, which is a source of information about ISIS (thelogicalindian.com, December 13, 2014)

Expressions of support and solidarity in the West

On December 15, 2014, an armed man took over the Lindt café in the business center of Sydney, Australia, and held some 20 people hostage. He made two demands: to have an ISIS flag brought to the café and to talk with Australian Prime Minister Tony Abbott. The hostages were forced to hang a jihadi flag (not an ISIS flag) in the shop window of the café. Videos appeared online, showing the hostages in the café using their cellphones (apparently under duress) to text the Australian and global media. After the armed man held the hostages for over 16 hours, the police stormed the café. The gunman and two of the hostages were killed in the exchange of fire. In addition, four people were injured, one of them a police officer.

The gunman was identified Haroun Munis, age 50, born in Iran, with a criminal record. At this stage, the connection between the perpetrator and ISIS is still unclear. The attack may have been inspired by ISIS and designed to express solidarity with ISIS. Another possibility is that the attack was not related to ISIS and the demand for an ISIS flag was made in order to ensure that the attack receives international media attention.

Many social networks of jihadi organizations expressed satisfaction with the fact that Australia was attacked on its own soil. They noted that the attack was carried out in retaliation for the participation of Australia in the fighting against ISIS in Syria and Iraq. On some networks, it was claimed that the attack was carried out in response to ISIS spokesman Abu Muhammad al-Adnani’s call on Muslims in the West to carry out terrorist attacks against civilians in their native countries.

Comments on Twitter pages affiliated with ISIS. Left: “Today is the day of the hostages. Hostages in Australia, hostages in Belgium and hostages in Riyadh. Allah, add [to everything] and bless [us].” The ISIS insignia is visible on the right. Right: A person calling himself Umar the Iraqi: “Far away from their aircraft that bomb our territory in Iraq – this is the situation of the Muslims in Australia. The sheikhs [i.e., Muslim clerics] who shame [the Islamic nation] are crying about hostage-taking in Sydney.” (Twitter, December 15, 2014)

Australia is one of the countries that have announced that they are joining the coalition led by the US against ISIS. As such, Australia has become a potential target for terrorism for jihadists who support ISIS and are inspired by it. In recent months, Australian authorities have expressed concern about Islamic terror attacks in the country. On September 18, 2014, security forces arrested 15 jihadi operatives in Sydney, in light of information ISIS was planning to carry out mass terror attacks in Australia. The indictment filed against one of the detainees, Omarjan Azari, 22, states that he was involved in a plan to carry out random executions of people to terrorize the Australian public. According to Australian Prime Minister Tony Abbott, the detainees planned to carry out random public beheadings of passersby in Sydney (AP, September 18, 2014).

ISIS video distributed in June 2014 on Islamic forums and on YouTube.

The video shows an Australian calling himself Abu Yahya al-Shami who was apparently killed recently in Syria. In the video, he called on Muslims to wake up in the face of the humiliation experienced by Muslims in Palestine and in Fallujah, Iraq. The video then shows a masked man known as Abu Nour Al-Iraqi who, according to the video, is also an Australian, who called on Muslims in Australia, Europe and America to join the jihad in Syria.

Recruitment of operatives in Austria

An Islamic preacher was recently detained on charges of recruiting operatives in Austria to join ISIS, including young girls. The detainee is Ebu Tejma, who lives in Vienna. According to the Austrian security services, Ebu Tejma’s real name is Mirsad Omerovic. He recruited the young people,was also involved in sending them to fight in Syria and provided them with financing. According to the security services, he is one of the jihadi leaders of the so-called “Bosnian cell,” based in Vienna. According to a newspaper in Bosnia Herzegovina, the cell is one of the main logistical and financial support centers for jihadi activity in Europe (The Daily Mail, December 10, 2014).

On October 30, 2014, a 14-year-old boy was detained on suspicion of planning to plant IEDs in crowded places in Vienna. It was reported that ISIS offered the boy the sum of USD 25,000 to carry out the attacks. According to the Austrian media, the boy is Mertkan G., the son of a Turkish immigrant who has been living in Austria for the past eight years. According to Austrian media reports, he was recruited for his mission via the Internet. Other youngsters were also recruited, and were supposed to carry out similar attacks (according to another version, the boy was a “lone wolf”, acting on his own) (Telegraph, October 30, 2014). One of the sites in Vienna where the IEDs were supposed to be planted was one of the busiest train stations in Austria (Vienna’s Westbanhof Station, which is frequented by 40,000 people every day).

[2] For details, see the ITIC’s Information Bulletin from July 16, 2014: “Expressions of support in the Gaza Strip for the Islamic State in Iraq and Al-Sham (ISIS), which is affiliated with the global jihad. During Operation Protective Edge, Salafist-jihadi elements who identify with ISIS fired a number of rockets at Israel.”

* The full update was originally published on December 17 on the Meir Amit Intelligence and Terrorism Information Center website. Full Document in PDF Format