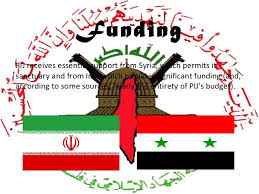 1.   The Al-Ansar charity association operates in the Gaza Strip and is affiliated with the Palestinian Islamic Jihad (PIJ). It was founded during the second intifada (2001) and serves the Iranians as a pipeline for funds to finance terrorism in the Gaza Strip and as a way to increase Iran’s influence over the Gazan population. Al-Ansar supports the families of terrorists who were killed (“shaheeds”), families whose houses were destroyed, and families of terrorist operatives imprisoned in Israel. In the past, it also supported the families of shaheeds in Judea and Samaria, with the authorization and sponsorship of Mahmoud Abbas. It is uncertain if it continues to do so today, and if it does, how the funds are delivered (See Appendices A and B).

2.   The PIJ, the second most important Palestinian terrorist organization in the Gaza Strip, is Iran’s preferred Palestinian terrorist organization. Iran supports the PIJ both financially and militarily (providing weapons, training, technological knowledge, etc.). Iran transfers large sums of money, up to several mission dollars a year, to the Al-Ansar charity association through the Palestinian branch of the Iranian Martyrs Foundation (established in Iran by the Ayatollah Khomeini to aid and support the families of Iranians killed in the Iran-Iraq War). The Iranian Martyrs Foundation has two branches in Lebanon, a Lebanese branch that supports Hezbollah and a Palestinian branch that supports Hamas and the PIJ (See Appendix B for information about the Iranian Martyr’s Foundation and its Palestinian branch). The funds for the Palestinians are probably transferred from Lebanon to the Gaza Strip by bank transfer but it is not clear which banks are involved.

3.   Since the days of the second intifada, the radical Islamist “charitable societies” operating in the Gaza Strip, Judea and Samaria have served as pipelines for Iran to transfer funds to the Palestinian terrorist organizations. The money finances the terrorist organizations’ social network (mosques, educational institutions, support for the families of shaheeds),especially those of Hamas and the PIJ. Past experience has shown that the funds earmarked for the social network can easily be diverted to the military-terrorist wings of the various terrorist organizations. Thus the Iranian Islamic regime provided religious legitimacy for the money transferred to support Palestinian terrorism (according to the Ayatollah Khomeini, Muslim charity funds could be given to support the Palestinians).

4.   Al-Ansar, which receives funds from the Iranian Martyrs Foundation, was outlawed in Israel in 2003. It is headed by a PIJ activist named Nafez Othman Abd al-Rahman al-A’raj (Abu Suheib). His brother Omar al-A’raj was a senior PIJ military-terrorist operative, killed in 1996 during a Palestinian Authority (PA) attempt to detain him in the Gaza Strip. (Omar al-A’raj founded the PIJ’s military-terrorist network and was in charge of manufacturing IEDs for a series of deadly attacks carried out in Israel). In 2007 the Iranian Martyrs Foundation and its branches in Lebanon were designated as sponsors of terrorism by the United States Department of the Treasury because they provided Hezbollah, Hamas and the PIJ with financial support (See below).

Transfer of Funds to the Gaza Strip for Families of Shaheeds

5.   On April 12, 2015, the Al-Ansar charity association in the Gaza Strip announced that $2 million would be distributed among 5,000 families of Gazan shaheeds who had died between the beginning of the second intifada (2000) and June 31, 2014, that is, before the outbreak of Operation Protective Edge (Alansar.ps, April 12, 2015). On April 5, 2015, Al-Ansar said in a statement that the financial support was funded by the Palestinian branch of the Iranian Martyrs Foundation (Facebook page of Al-Ansar, April 5, 2015).6.   On January 18, 2015, Al-Ansar in the Gaza Strip posted a notice on its Facebook page to Gazans whose family members had been killed in Operation Protective Edge and who had not yet registered with the society. They were requested to go to the Al-Ansar offices with a death certificate, a picture of the deceased, medical reports, and similar relevant documents, so that the transfer of funds could be arranged (Facebook page of Al-Ansar, February 11, 2005). In ITIC assessment, based on an average payment of $400 per family, the Iranian Martyrs Foundation can be expected to transfer an additional $900,000 for the families of Gazans killed in Operation Protective Edge (for approximately 2,200 families) once registration and bureaucratic procedures have been completed. Payment will mainly be made through branches of the post office in the Gaza Strip. Appeal to the families whose relatives died in Operation Protective Edge to register at the offices of the Al-Ansar charity association (Facebook page of Al-Ansar, February 11, 2015).