Iran as a Nuclear Threshold State: Implications for Israel and the Middle East 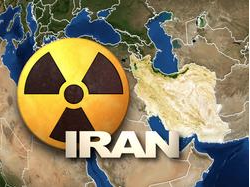 While an arrangement that leaves Iran as a nuclear threshold state may be the lesser of all evils for the United States, it can be expected to be very bad for Israel. A signed agreement of this sort will widen the existing disputes between the Israeli government and the US administration, as well as the gaps in positions on how to deal with Iran. A dangerous shadow may be cast over the strategic relations between Israel and the US. At the same time, Israel stands to gain certain advantages with an agreement that stops Iran at the “threshold.” The immediacy of the threat of a nuclear attack against Israel will be somewhat reduced, together with the public’s fear of living in the shadow of the nuclear bomb. In turn, Israel’s need to maintain a high level of operational readiness for thwarting Iranian nuclear capability can be lowered somewhat. At the same time, however, Israel will have to take action to contain the negative consequences of the agreement.

With shrewd strategic perspective, the Iranian leadership has weighed the long term implications of an agreement with the major powers that constitutes international recognition of Iran’s “right” to be a “nuclear threshold state,” and gives it the ability to break out to a nuclear bomb when it so chooses. Consequently, it seeks an agreement (even if its validity is limited to 10-15 years) that in addition to leaving it with access to its nuclear technology also rewards it with both removal of the sanctions and international recognition of its special status in the Middle East. The status of a threshold state will leave Iran with the possibility of arming itself with nuclear weapons within a short time span, when it decides that conditions enable (or in its view, require) it to break out to military nuclear capability.

The circumstances that might prompt – or in its view, compel – Iran to break out to a nuclear bomb, could consist, for example, of a crisis between Iran and Pakistan; a report that Saudi Arabia or another Sunni Arab country has secretly acquired, or is on the verge of acquiring, nuclear capability; a concrete external or internal threat to the regime of the ayatollahs; the drive to take advantage of the opportunity when it believes that the US is distancing itself from the Middle East and diverting its attention to other strategic threats; or an assessment that the international community is tired and therefore prepared to accept and adjust to a nuclear Iran.

Although there is no accepted definition of what constitutes a nuclear threshold state, it is commonly thought that control of most of the elements of the nuclear fuel cycle, possession of an advanced scientific-technological infrastructure, a stockpile of fissile material, and the ability to install a nuclear warhead on a suitable weapon platform are the necessary conditions for this status. However, a country that is one year away and a country that is a few weeks away from a nuclear bomb are not in the same category. The fear is that under the auspices of the agreement, Iran will build up the infrastructure and redundancy that brings it closer and closer to the threshold – meaning the ability to break out to a bomb in the shortest possible time.

Recognition by the world, and particularly in the Middle East, of its status as a threshold state with the ability to break out to a bomb in a short time will help Iran expand and enhance influence in the region, enable it to provide a “defensive umbrella” to the allies and non-state proxies in the region that it supports, and grant it “blackmail power” vis-à-vis third parties. It will enable Tehran to continue to intervene in various theaters and to recruit radical states and organizations to the radical Shiite axis led by Iran. This in turn will bolster its regional status and its ability to thwart processes that do not serve its interests. Iran will thus be able to undermine the stability of the monarchial regimes in the Persian Gulf, but without the constraints and risks that are now extant. Iran will also be able to leverage its nuclear status in order to influence oil prices. Removal of most or all of the sanctions imposed against it will provide Iran with resources to promote its regional goals and make it less economically vulnerable.

Furthermore, the status of a threshold state, based on an agreement with the international community, will lend Iran special stature and the legitimacy for preserving elements of its nuclear program. Iran will acquire some degree of immunity against any military attack on its nuclear facilities, and it will be more difficult to pressure it regarding its negative involvement in regional affairs or continual violation of civil rights. Above all, the international community will likely fear that a challenging policy toward the Iranian regime in face of its negative behavior in the Middle East and inside Iran could cause the ayatollahs to breach the nuclear agreement and cross the nuclear threshold.

As a result of the stamp of approval given to Iran’s nuclear program by the possible upcoming agreement, Israel will find it difficult to justify an attack on the Iranian nuclear infrastructure without being accused of breaching and thwarting international agreements. The fact that Iran has the ability to break out to a nuclear bomb within a short time span will force Israel to upgrade its intelligence monitoring in order to achieve unequivocal facts about the breach of the agreement by Iran and develop mechanisms to warn of any significant change by Iran, including a breakout to nuclear military development or distribution of nuclear technology or materials to a third party. Iran’s deterrent image is liable to be strengthened, because its capabilities and intentions will remain subject to perpetual doubt, and for all intents and purposes this will force Israel to refer to Iran as a nuclear power. In addition, the Iranian case may very well encourage other countries to adopt the model by developing a nuclear program, an intention that some have already announced.

Saudi Arabia, Iran’s main strategic and ideological regional rival, is believed to head the list of these countries. In recent years, Riyadh has announced a plan – the most ambitious in the kingdom’s history – to build no fewer than 16 nuclear reactors at the cost of over $100 million. Saudi Arabia has acted clandestinely in the past in the ballistic missiles and nuclear sphere, and it is doubtful whether Israel and/or the US has sufficient intelligence capabilities to discern what is unfolding in the Arabian peninsula in this context. Saudi Arabia believes that if necessary, it has the resources to close the gap – to produce a Sunni bomb against the Shiite bomb. Despite American efforts to calm Saudi Arabia, the latter will not forgo its “right” to enrich uranium on its territory. It will probably demand for itself the same conditions obtained by Iran in an agreement. It is also likely that Egypt will not stay behind. For years, Cairo has weighed the possibility of building an infrastructure for the supply of nuclear energy, but such capability also allows the development of military capability. The result is that the agreement will exacerbate nuclear proliferation in the region, instead of halting it.

America’s Middle East allies have lost confidence in the US commitment to stability in the region and its willingness in time of need to come to aid of regimes that are considered allies. This is particularly the case in view of the US failure to support the regime of Husni Mubarak when it faced collapse and its objection to the overthrow of the Muslim Brotherhood regime by the Egyptian military. Therefore, even if the US is willing to extend a security umbrella to its Arab allies, their fear of a nuclear Iran will not subside, and they can be expected to continue the arms race and even strive to attain nuclear capability.

While an arrangement that leaves Iran as a nuclear threshold state may be the lesser of all evils for the US, it can be expected to be very bad for Israel. A signed agreement of this sort will widen the existing disputes between the Israeli government and the US administration, as well as the gaps in positions on how to deal with Iran. A dangerous shadow may be cast over the strategic relations between Israel and the US.

At the same time, Israel stands to gain certain advantages with an agreement that stops Iran at the “threshold.” The immediacy of the threat of a nuclear attack against Israel will be somewhat reduced, together with the public’s fear of living in the shadow of the nuclear bomb. In turn, Israel’s need to maintain a high level of operational readiness for thwarting Iranian nuclear capability can be lowered somewhat. At the same time, however, Israel will have to take action to contain the negative consequences of the agreement:

a. Israel must ensure that an effective intrusive oversight mechanism, with frequent challenge inspections and verification, is established in the framework of the agreement and that it can be supplemented with additional intelligence. Israel must be fully and accurately briefed about the inspection and supervision picture.

b. Israel must upgrade its intelligence capability for monitoring nuclear developments in Iran in order to attempt to obtain warning of any Iranian attempt to break out to a bomb or of other developments, with an emphasis on the need to provide conclusive facts that will drive the US and the international community to action. Israel must also perfect its intelligence gathering and analysis capability for the purpose of detecting attempts by other countries to create a nuclear balance with Iran.

c. Israel should consider the formation of a strategic alliance with the US, including a joint plan and an operational response in the event that Iran violates the agreement. An American defense, security, and political shield and American guarantees to prevent pressure on Israel regarding supervision on its territory are also essential.

d. Israel should strive to formulate understandings with Saudi Arabia, Egypt, Jordan, the United Arab Emirates, and, if possible, Turkey about what should be done if Iran takes advantage of the new status acquired through the agreement with the major powers to expand its negative influence in various Middle East theaters. In this context, Israel should try to reach agreement on intelligence and operational coordination regarding how to deal with strengthening Iranian proxies and their regional operational intensification.