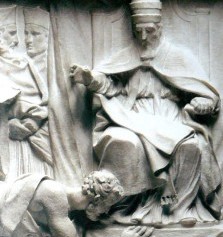 Iranian Foreign Minister Mohammed Javad Zarif announced that Iran has apriori accepted the anticipated U.N. invitation to participate in talks on “peaceful political transition” in Syria. His announcement would surely encourage the Obama Administration’s endorsement of Iran’s involvement in the talks to decide Basher Assad’s and Syria’s future, scheduled for January 22 in Geneva.

Iran has been openly supporting Assad, sending weapons and fighters to help oppose the Sunni opposition groups associated with al Qaeda. At the same time, Obama’s acceptance of Assad’s continuing efforts to stay in power, not denouncing Iran for its active involvement in the ongoing killing in Syria, was just what Tehran wished for.

Iran’s participation in talks over Syria’s future would increase its influence in the region. If this helps Assad and his Iranian masters to defeat the Sunni/al Qaeda affiliated groups (see below the Meir Amit’s Intelligence and Information Center’s report), it most likely would encourage the Iranians to invite Obama to visit Tehran…

Such an invite would be a very generous gesture from Iran’s Supreme Leader and his Mullahs. Obama would thank them profusely and celebrate under the illusion that his appeasement had won the day.

But Obama is no Nixon, and the Supreme Leader is not Mao. Obama’s rapprochement, which the White House tried to disguise, releasing a sanitized, annotated version, instead of the full Geneva Agreement that accepted Iran’s nuclear agenda, has been  repeatedly refuted by Iran. Indeed, Ali Khamenei and the Mullahs would be celebrating much like Pope Gregory VII celebrated over Henry IV going to Canossa.

In the meantime, The Meir Amit Intelligence and Information Center reports on the progress Al-Nusra and other  is making in Syria.

Operatives from the Al-Nusra Front, Al-Qaeda’s branch in Syria, together with other rebel organizations, have taken over the large oil field in Deir ez-Zor

From the Meir Amit Intelligence and

1.   The Free Syrian Army, along with operatives from the Al-Nusra Front (“Support Front”), Al-Qaeda’s branch in Syria, claimed that on November 23, 2013, they managed to take over the Al-Omar oil field in Deir ez-Zor, after a battle lasting several days. A video uploaded to the internet shows rebels wearing black ribbons and driving a tank with “Al-Omar oil field” written on it. According to the rebels, Syrian forces have withdrawn from the field. The rebels also seized seven tanks and other weapons in the oil field (Al-Arabiya, November 23, 2013; The Guardian, November 23, 2013). The Syrian government media did not mention the occupation of the oil field.

2.    The Arab media refers to the Al-Omar oil field as Syria’s biggest oil field (Al-Hayat, November 24, 2013; Al-Arabiya, November 23, 2013). An Al-Arabiya reporter noted that by taking over the oil field and the Syrian army base located there, the rebels annexed a larger area, extending from the Syria-Iraq border to the outskirts of the Al-Raqqa Governorate (in the west) and the Al-Hasakah Governorate (in the east).

3.   The takeover of the Al-Omar oil field, along with the shelling of the refinery in Homs (Al-Hayat, November 24, 2013), caused further damage to the Syrian oil infrastructure, which has been virtually destroyed since the outbreak of the civil war.[1] Most of Syria’s oil infrastructure is now in the hands of the rebel organizations, the most prominent of which is the Al-Nusra Front. The Al-Omar oil field, southwest of Deir ez-Zor, is the only field that remained in the hands of the Syrian regime until recently, after it regained control of the field in early 2013. According to the Syrian regime, this field has produced some 20,000 barrels a day (Almonitor, October 29, 2013). It was reported that in early 2010, the field had a production capacity of some 200,000 barrels a day (abarrelfull.wikidot.com).

4.   The takeover of the Al-Omar oil field is the latest step in the process of essential government infrastructures falling into the hands of the Al-Nusra Front and other rebel organizations. The infrastructures that have fallen into their hands in northern and eastern Syria include oil and gas fields and pipelines, dams, power plants, and grain silos. After taking over these infrastructures, the Al-Nusra Front and other rebel organizations operate them, in several cases after entering into tacit agreements with the Syrian regime (supplying oil and gas to the regime that they are fighting against in return for a fee). The profits from operating them (mainly from operating the oil fields) yield the Al-Nusra Front high monthly revenues that help it finance the payment of salaries, purchase weapons and provide assistance to the population in the so-called liberated territories.[2]

5.   The takeover of the Al-Omar oil field is the latest step in a yearlong process in which most of the oil and gas fields in eastern and northern Syria have fallen into the hands of the rebels (in the governorates of Deir ez-Zor, Al-Raqqa and Al-Hasakah). Most of the fields are secured and run by a coalition of rebels, with the most prominent being the Al-Nusra Front, including in collaboration with local Sunni tribes. A high-ranking member of the Al-Nusra Front, whose code name is Abu Al-Baraa, held a telephone interview at the time with a reporter from The Guardian, claiming that most of the country’s oil wells are in the hands of the rebels (The Guardian, May 19, 2013).

6.   According to reports in the Arab and western media, the Al-Nusra Front and its allies have in several cases reached tacit understandings with the Syrian regime regarding the security of the oil fields and the continued marketing of oil to Syria and abroad. As part of the arrangements that were made, the rebels are seeing to the continued flow of oil to western Syria in return for monthly payments transferred to the Al-Nusra Front. Abu Sayyaf, an operative in the Ahrar (Al-Sham) movement, spoke to a reporter from The Guardian at the time: “The Syrian regime itself is paying more than 150m Syrian lire [£1.4m] monthly to Jabhat al-Nusra to guarantee oil is kept pumping through two major oil pipelines in Banias and Latakia. Middlemen trusted by both sides are to facilitate the deal and transfer money to the organisation.” (The Guardian, May 19, 2013).

7.   In the summer of 2013, a reporter from The Guardian visited a gas refinery near the city of Shadadi. He reported that the refinery, the Al-Nusra Front’s most important regional asset, is run by a young commander in the organization (a law student until the rebellion began), who has been dubbed “the Gas Emir” by members of the organization. The commander said that when the rebels took over the refinery, it was managed by a joint committee acting on their behalf. However, the Emir said, he later decided to oust the other partners from the management of the refinery, due to repeated thefts; according to the Emir, members of the Free Syrian Army, who suffer from a shortage of funds, steal whatever they can lay their hands on (The Guardian, July 10, 2013). (Note: fights and violent confrontations between the Al-Nusra Front and the Free Syrian Army and other rebel organizations over control of oil, gas and refining infrastructures are a widespread phenomenon).[3]

8.   In addition, the Al-Nusra Front and its allies export various fuel products to many areas in northern Syria and Turkey. According to Reuters (May 10, 2013), thousands of barrels of crude oil are smuggled to Turkey on a daily basis by means of small tankers that travel along dirt roads. Opposition sources said that on November 22, 2013, the interim government headed by Ahmed Taama held a discussion with Turkish officials on the utilization of oil and gas in northern Syria near the border with Turkey (Al-Hayat, November 24, 2013). Moreover, the rebels operate primitive, improvised local refining facilities that cause serious air pollution. They use them to produce gasoline, diesel fuel, and kerosene for cooking. The oil trade has led to an increasing demand for oil tankers for making deliveries, each of which may yield a profit of £6,600. In addition, the Al-Nusra Front operatives sell additional products that fall into their hands: wheat, archaeological artifacts, industrial equipment, oil drills, cars and more (The Guardian, quoting Ahrar [Al-Sham] operative Abu Sayyaf, May 19, 2013).

9.   The large sums that the Al-Nusra Front makes from the exploitation of oil resources (and other resources) in areas under its control are utilized by the organization for buying the support of the local residents, among other uses. Thus, for example, a former senior executive at a Syrian oil company told The Guardian: “It doesn’t take a rocket scientist. You bring in flour, you repair the bakeries, so there are big smiles in the local community. It’s an incredible marketing machine.” (The Guardian, May 19, 2013; See also The Economist, May 18, 2013). In addition, the Al-Nusra Front uses its profits to purchase weapons and to pay its operatives (Reuters, May 10, 2013).

[1]Before the outbreak of the conflicts in Syria, Syria produced an estimated 380,000 barrels of oil a day and its revenues from the sale of oil accounted for about a quarter of the state budget.

[2]For information on the civilian activities of the Al-Nusra Front, see our September 17, 2013 Information Bulletin: “The Al-Nusra Front (Jabhat al-Nusra)is an Al-Qaeda Salafist-jihadi network, prominent in the rebel organizations in Syria.  It seeks to overthrow the Assad regime and establish an Islamic Caliphate in Greater Syria, a center for regional and international terrorism and subversion.”

[3]According to Arabic daily Al-Hayat (November 24, 2013), a violent struggle took place between the Al-Nusra Front and the Islamic State in Iraq and Al-Sham, two rival Al-Qaeda organizations, over control of an important gas production plant in Deir ez-Zor.Fighters from one of the Sunni tribes who support the Islamic State in Iraq and Al-Sham broke into the plant on November 22 and arrested the members of the Sharia authority of the Al-Nusra Front, who had seized it previously. This incident preceded the takeover of the Al-Omar oil field.