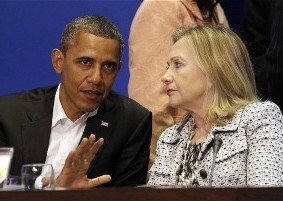 Belatedly in this instance, in our search to solve the mystery of the Obama Administration’s policy formulation process, the highly touted The New Yorker extended interviews by David Remnick are found wanting. A little more Obama, a little less Remnick should have been the order of the day! But there must be anecdotal origins to these quotes. In fact, for the most part they hardly seem “quotable” and suggest having gone through the mill of the White House speechwriters.

Still, as with reading during the 2008 presidential primary the President’s autobiography, Dreams from My Father: A Story of Race and Inheritance, one looks for the kernel that set off Remnick’s ubiquitous fawning.

The question posed is whether the motivation behind the Obama Administration’s disasters is ideological or sheer lack of knowledge/executive experience?

If anyone had any doubt about the complexity of such an inquiry, that question was thrown into bold relief by the passage and attempted implementation of Health Care and Education Reconciliation Act of 2010. (Note the shortcut to passage of a measure to order one sixth of the economy without a single Republican vote, speaking of lack of inter-party cooperation.)

Obamacare, according to sources close to the President, was conceived as the historic legacy of this presidency, and it is likely to be its only one, for better or for worse. It is the quintessential example of our problem: what government-subsidized National Public Radio recently called “difficulties” of the website rollout is still inconceivable. In an era when modest startup businesses can hire IT expertise for a song, how could the U.S. government fail so spectacularly with a $93-million budget–a minimal estimate by its advocates? (We may never know how much was actually spent on the original and the continuing attempts at rescue.) How could our late unlamented Secretary of Health and Human Services Kathleen Sebelius have presided over such a disaster? (Maybe there is something “wrong in Kansas” if she could have not only held the governorship but eight years as the head of state’s insurance commission!)

Corruption/incompetence? The incredible costs suggest that possibility. Or do we have to go to conspiracy theories, i.e., that, since the President and most of his coterie of health-care advisers have always expressed a preference for total federal government control (let’s skip the euphemism “single payer”), did they intend just such a catastrophe so that, ultimately, the country would throw up its hands and out of sheer frustration collapse into that equally disastrous U.K. template?

But reading Remnick, it is in foreign affairs where one finds the most tantalizing reflections on our question.

The President makes reference to the U.S. being “trapped in a stale narrative”. That apparently refers to the whole half century of the Cold War. It reflects the utter unreality of much said and written today by members of the elitist mainstream media and the professorate who did not experience the conflict with the Soviets and spent little time reading about it.

As a prime example, note that the current pretentious CNN Cold War documentary opens by equating the alleged excesses of the anti-Communist campaign by the House Un-American Affairs Committee and Senator Joseph McCarthy with the Soviet gulag! But then there is plenty of “footage” on those hearings, and nothing but samizdat, broken lives and estimates of millions murdered in the latter. Or that in pleading the case of the so-called Hollywood 10, the video lies about persecution leading to lives of outcast and penury. As the whole theater world knows, and it has been highly publicized, most continued to work in the Los Angeles hills under pseudonyms at those vulgar movieland salaries. They were not to be abandoned by their leftist cronies even after they refused to come clean on their allegiances to the 20th century’s bloodiest totalitarianism.

The problem all through these two pieces is the apparent difficulty of Obama (or is it Remnick?) in expressing his thoughts. The author often goes to sympathetic sources to fill in gaps in his Presidential quotes or to make their argument; sometimes throwaway but significant lines are left unexplained. A good example is a reference to an alleged right-wing military coup in Indonesia in 1965. In fact, the coup was an attempt by Communist China, operating through the Partai Komunis Indonesia [PKI], to take over from a diminishing dictator Soekarno tacking closer and closer to the Soviets. (Please see an old Indonesian hand and my friend, Arnold Brackman’s Gestapu, the most reliable account in English of the coup and its aftermath.) True, the horrendous, massive ethnic, linguistic and political bloodletting that followed was “right wing” but American culpability did not come into play. Truth is, alas, American intelligence, not for the first time, was caught totally unawares when the violence erupted.

In the event, the President (or again is it Remnick?) apparently accepts a nonsensical interpretation concocted at Cornell’s Southeast Asian studies program under leftists and Communists. And one might well ask whether a pre-adolescent Obama, dragged there away from his friends and sheltering grandparents in Hawaii under a new step-father, had any inkling of these grander geopolitical events. Again, apparently neither Obama [nor Remnick?] know enough Persian history to put the U.S.-sponsored 1953 coup against Mossaddegh into context. It did not come about out of thin air nor through American imperialism.

Briefly: one of the opening guns of the Cold War was Moscow’s attempt to create another satellite Azeri state. The tsars and then their Soviet successors much earlier carved out present-day Azerbaijan (as a Soviet “Republic”) from the old Persian Empire. But Josef Stalin wanted another piece of Persian real estate and briefly set up in northwestern Iran the Azerbaijan People’s Government. Instrumental was the help of the powerful Tudeh (Communist) Party, having grown rapidly during the Soviet (and Anglo-American) occupation during World War II. Toppling the Shah’s father, in bed with the Nazis, had provided a channel for massive U.S. aid to keep Moscow in the war against Hitler.

Stalin’s feint was the first test of the newly installed president, Harry Truman. Truman backed the Soviets off. (Is there a moral there for Obama and the Crimea, and now apparently eastern Ukraine?)

When Mossaddegh was elected in 1951 with the help of Tudeh, the future of Persia–an old target of Moscow’s generational drive toward the Indian Ocean–came into play again. (Read Sanders in The Christian Science Monitor series, “Man against the jungle”, from Tehran in the spring of 1951!) Indeed, even by the tenets of American liberals, Mossaddegh was a reactionary, a representative of the landlords, and counter-intuitively, Shah Reza Palevi, after being empowered by the Americans, implemented his “White Revolution,” including land reform. The Shah often spoke of the risks he was taking with his top-down dynamiting of the society. But what he didn’t know was that his most potent enemy would be the American ambassador, Averill Harriman’s protégé, Bill Sullivan, who played a similar role in the collapse of the American efforts in Laos and Vietnam. How much of this does the President know (or for that matter, Remnick) Or would it make any difference, given the President’s long infatuation with the fables of the 1960s American New Left on U.S. postwar foreign policy?

And where is Obama (and Secretary of State John Kerry) in the escalating crisis with Russia’s Vladimir Putin? Not only does it resemble far too much the pattern of the 1930s, but Washington has been caught behind the time curve. Remnick quotes Obama saying “I don’t really even need George Kennan right now “. Does that mean that Obama rejects Kennan’s original concept of isolating the Soviet Union in his famous “X” Foreign Affairs article (or Henry Kissinger’s subsequent even less successful “détente”)? Under those policies, the U.S. “lived” with Soviet aggrandizement and subversion for three decades at great cost and under constant threat. (And, by the way, which Kennan? “Containment” was a strategy Kennan later bitterly rejected.)

If so, both have missed the principal “lesson” of the 1990 Soviet implosion: Mikhail Gorbachev failed to get yet again a “transfusion” from the West to save Soviet Communists. (Again, see Living Off the West: Gorbachev’s Secret Agenda and Why It Will Fail by Sol Sanders, Nov. 1990.)

After all, it was Ronald Reagan’s “star wars”–incessantly ridiculed by liberals–which forced the issue with “the Evil Empire” along with “trust but verify”. The Soviet elite finally came to acknowledge that they could neither keep up with American technology nor finance a match even with purloined intellectual property.

But Reagan temporarily backed away from his own confrontation strategy following the 1983 bombing of the U.S. Marine Barracks in Beirut. There the U.S. had suffered the largest casualties since Vietnam until 9/11. Reagan’s duck not only encouraged the Muslim extremists but helped them inaugurate a new series of terrorist weapons. The incident’s author, Hezbollah and its jihadist tactics, dog all free societies to this day and have played a growing role in Obama’s disastrous Syrian on-and-off debacle.

A list of Remnick’s allusions could go on and on–unfortunately including such inanities as Obama seeing his capacity to calm the 1500-year-old Shia-Sunni conflict. But whatever the lickspittle interpretation, we get not that much insight into the fundamental question: Is it ideology that drives the current Washington Administration disasters, half-baked Marxist concepts of the 1960s, or just incompetence, or a combination of the two?  Or are we dealing, indeed, with that growing American soi-disant intellectual self-anointed elite who ignore history because they are untutored in its realities?

Question: is it ideology which drives the current Washington Administration disasters, half-baked Marxist concepts of the 1960s, or just incompetence, or a combination of the two?  Or are we dealing, indeed, with that growing American soi-disant tintellectual.