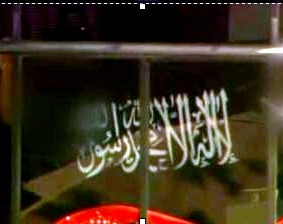 Claude Levi-Strauss long ago made himself famous (after a fashion!) among his anthropological colleagues with a splendid exercise in self-contradiction.

The matter at issue was the status and use of “models” (of “social structure”) in anthropological theory and analysis.

How real were these models, how grounded in reality were they? To what extent were they limited and dictated by the “reality” that they sought to deal with, capture, and explore?

A true Cartesian, Levis-Strauss believed that his models really were that—models: So he declared that “[social structural] models have nothing whatsoever to do with reality; they are simply grounded and built upon it.”

Why do I recall this now? Because of the events yesterday at the Lindt Café and the “expert” media commentary upon them.  In that expert analysis there was an uncanny echo of Levi-Strauss

Yesterday’s dreadful events, we were told, “had nothing to do really with properly understood Islam per se,” but were simply an awful gesture spawned from it.  I offer this comment, again, not “to have a go” at Islam, but to make clear why I find so much of the commentary upon it to which our media treat us confused and deficient.

Again, as when I recently questioned the simple typification that “Islam is a religion of peace,” my main point was to challenge the sheer mindlessness and inadequacy of the way that this argument is continually proffered to discourage, stigmatize, and block all serious enquiry into, and discusssion of, the inherent tensions and problems within the Islamic tradition, including Islamic doctrine as it has evolved from its very origins.

“It’s got nothing to do with Islam, really, it just has to do with what [some] Muslims make of it.”

So it does have something, something important, to do with Islam—important because that is where its origins and, however “misconceived” and unwelcome, its justification lies or is found.

* Clive Kessler is Emeritus Professor of Sociology & Anthropology at the University of New South Wales, Sydney. He has been studying political Islam, in Southeast Asia and globally, since the early 1960s.