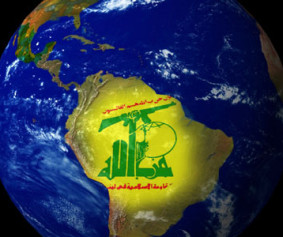 The Lebanese terrorist group receives money from criminal organizations and spreads its tentacles throughout the region.

BUENOS AIRES, Argentina – Illegal activities such as drug trafficking, money laundering and smuggling are financing the Lebanese terrorist group Hezbollah in Latin America, according to experts and authorities.

“The money is used to maintain a military structure and finance social activities among Shiite populations in Lebanon and the Diaspora,” said analyst Paulo Botta of the Center for Contemporary Middle East Studies in Córdoba, Argentina.

Authorities in the region also are investigating the Shiite militia’s links between drug trafficking and terrorism.

“There are suspicions that elements of Hezbollah based in the tri-border area [among Paraguay, Argentina and Brazil] are involved in drug trafficking,” said Carlos Benítez, the director of Paraguay’s Secretariat for Terrorism Prevention and Investigation (SEPRINTE). “We’re working in coordination with security agencies from Argentina and Brazil to make progress [in these investigations].”

One of Hezbollah’s key financiers allegedly was Moussa Ali Hamdan, a native of Lebanon who was detained in 2010 in Ciudad del Este, Paraguay, and extradited to the United States in 2011. He is facing 31 charges, including involvement in terrorism, arms trafficking, smuggling, passport forgery and conspiring to provide material support to Hezbollah.

Hamdan was extradited to the United States in the same plane that carried Nemir Ali Zhayter and Amer Zoher el Hossni, who was arrested in Paraguay on drug-trafficking charges and also is suspected of financing Hezbollah.

Another alleged financier of the organization is Lebanese citizen Hamze Ahmad Barakat, who was arrested in Brazil in May 2013 by the Civil Police’s Center for Economic Crimes (NURCE) in the state of Paraná.

“It was shown that Hamze was engaged in embezzlement in Brazil, and he was caught in the act,” said officer Cassiano Alfiero, who led NURCE at the time.

Barakat was indicted and arrested and has been released pending his appeal.

The deputy officer in charge of NURCE, Fernando Vanoni, said the investigation into Barakat was limited to investigating him for embezzlement in Paraná.

“At the time, he denied any connection with Hezbollah. Our investigation didn’t go any further into that issue, but we communicated with the Federal Police,” Vanoni said.

Authorities suspect the leader of Hezbollah in the tri-border area is Assad Ahmad Barakat, who is Hamze Ahmad Barakat’s brother. He was extradited from Brazil to Paraguay in 2003 and is free after spending six years in prison for tax evasion.

Rachel Ehrenfeld, the director of the U.S.-based NGO American Center for Democracy, said Hezbollah maintains links with the Los Zetas and Sinaloa cartels in Mexico and the Revolutionary Armed Forces of Colombia (FARC), among other armed groups.

“Hezbollah can provide them with strategic advice and weapons. In exchange, they provide criminal services, including drug and arms trafficking, forming a brotherhood of crime and subversion,” Ehrenfeld said.

One of the main pieces of evidence of this connection came in October 2012, when Lebanese citizen Jamal Yousef pleaded guilty in a case involving narco-guerrillas from Colombia.

Yousef was sentenced to 12 years in prison for conspiracy to supply weapons to the FARC in exchange for cocaine.

On May 30, 2013, Iranian national Manssor Arbabsiar was sentenced to 25 years in prison for planning an attack against Adel al-Jubeir, Saudi Arabia’s ambassador to the United States.

Arbabsiar told U.S. officials that he planned the attack with members of Iran’s Revolutionary Guards. He was arrested after meeting in Mexico with a man who presented himself as a drug cartel member but was a covert source for the U.S. Drug Enforcement Administration (DEA).

Arbabsiar agreed to pay the Mexican US$1.5 million to execute the ambassador at a restaurant in Washington, D.C.

“The plan for the attack showed that there is a complementarity between the drug cartels, Hezbollah and Iran,” said Uruguayan-born Luis Fleischman, a professor of political science at the Harriet L. Wilkes Honors College of Florida Atlantic University.

“[The authorities] also discovered that the tunnels built by drug cartels to transport drugs across the border between Mexico and the United States are similar to the tunnels that Hezbollah builds in Lebanon to transport weapons,” added Fleischman, who explores the issue in his new book, Latin America in the Post-Chávez Era.

Hezbollah also has benefited from the recent expansion of Iran’s influence in countries such as Venezuela, Cuba, Ecuador, Nicaragua and Bolivia, according to analysts.

“The cozy relationships these governments have with Iran facilitate the free movement of Hezbollah members throughout the region, allowing them to transport drugs and counterfeit products,” Ehrenfeld said.

The Argentine government has strengthened ties with Iran in recent years, though the Argentine courts accuse Iranian officials of ordering – and Hezbollah of executing – the bombing of the Argentine Israeli Mutual Association (AMIA) Jewish community center in 1994, which left 85 people dead and hundreds injured.

In January 2013, Argentina and Iran signed a controversial memorandum that created a “Truth Commission” composed of international legal experts to review the evidence surrounding those accused of the attack.

Eight former Iranian officials have pending international arrest warrants in connection with the attack, including Iran’s former defense minister, Ahmad Vahidi, who made an official visit to Bolivia in 2011.

Hezbollah’s involvement in the global drug trade started in the 1980s, soon after its founding. The actions of Hezbollah terrorists spread beyond Bekaa Valley, which is on the border between Lebanon and Israel, into Europe, Africa and the Americas.

In recent years, the group has expanded and institutionalized their narcotics and money-laundering logistics, according to Matthew Levitt, direct of the counter-terrorism and intelligence program at the Washington Institute in the United States.

“Soon, Hezbollah will be able to raise more money through the drug trade than through all of their other funding sources combined,” Levitt said. “There are no firm estimates on the amount, but it involves millions of dollars.”

One of them is Rady Zeaiter, who in 2008 was sentenced to almost five years in prison in Brazil for using falsified documents to enter the country. Zeaiter used at least 11 different names, according to court records.

In 2005, he was arrested on drug-trafficking charges in Ecuador under the name Davi Assi Álvarez.

Investigations showed that Zeaiter’s organization used mules – people whom traffickers pay to transport drugs – and suitcases with false bottoms to send narcotics to the United States, Europe and the Middle East, according to Col. Édison Ramos, a former chief of the Counter-narcotics Police in the Ecuadoran province of Pichincha.

“For each shipment, they received between US$1 million and U$1.5 million,” Ramos told reporters at the time. “Approximately 70% of the money went to Hezbollah.”

One of the challenges related to tracking Hezbollah’s involvement in illegal activities in Latin America is that the organization usually isn’t the target of investigations.

The link between local criminals and Hezbollah usually comes to light only when a U.S. court requests the extradition of a suspect, according to local authorities.

“Our investigation team, which is the Central Authority for drug trafficking matters, is oriented toward the criminal structure, not one specific group or party to which the criminals might belong,” said Luis Rojas, head of operations for Paraguay’s National Anti-Drug Secretariat (SENAD).

This explains cases such as that of the Lebanese-Paraguayan citizen Wassim el Abd Fadel, who was arrested on human- and drug-trafficking charges in Paraguay in December 2012. Since Fadel had no warrants or extradition requests, officials didn’t investigate whether he financed Hezbollah.

The same thing is happening with Hamze Barakat, the man arrested on charges of embezzlement in Brazil, who is suspected of financing the Lebanese militia.

“Brazil sees Hezbollah as a political party – not as a terrorist group,” Alfiero said. “Therefore, under Brazilian law, sending money to Hezbollah isn’t a crime. Theoretically, it would be a crime to send money to Hezbollah only if it is acquired illegally in Brazil.”