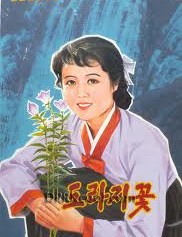 Opiates and other illegal drugs are known to have caused and funded many wars. Afghan heroin has been funding the Taliban, al Qaeda, Iran, the Assad family, Hezbollah and other rouge regimes and terror groups, corrupting governments, and enslaving hundreds of millions of people, robbing them of their health, their mind and their money.

However, North Korea’s Heroin-for-Nukes program have received little attention. Pyongyang embarked on heroin production and trafficking on a large scale in the early 1990s, after the collapse of its major sponsors, the Soviet Union and the Communist bloc.

The “heroin-for-nukes” program began in August 1992, when Kim Jong-il ordered the Central Party’s Thirty-Ninth Office to oversee opium cultivation and heroin production and traffic to fund the North Korean nuclear program. Those who sold more than $1 million worth of heroin were awarded the title “Hero of White Bellflower.”

Since the late 1990s, North Korea is reported to have produced at least 44 tons of heroin annually and large quantities of high grade methamphetamines, which it has been producing since 1996. Working with Chinese and South Korean crime syndicates, drugs, counterfeit currency and, among other things cigarettes are smuggled to Northern China, South Korea and its diplomatic missions around the world. Lately, North Korean hackers have been exploiting on-line gambling, pocketing the ill-gotten revenues.

The largest source of North Korea’s illegal income – estimated between  $1-$2 billion per year — used to maintain its Nukes program, comes from illegal drugs,

Every so-often, the State Department notes that illegal drugs fund terrorism. Yet, the U.S. has persistently refused to use an effective and safe method to eradicate heroin, cannabis and cocaine, which fuel terrorism from Kandahar to Tehran, to Damascus and Pyongyang.

Walton Cook presents this new method, which not only could dry up funding for terrorism, but also advance the economic and physical security of many nations.

The Politics of Using Mycoherbicides to Control Illicit Drug Crops

In utilizing the rapid increase of scientific knowledge in the control of illicit narcotics, technology is available. The most discussed method has been the USG funded effort to find naturally occurring fungi (the fancy word is mycoherbicides) that could effectively cause plant disease on certain illicit crops, vastly reducing commercial yield potential. Since most people never heard this word, mycoherbicides are living organisms, not chemical pesticides. They are not intended to kill plants, but to greatly reduce their yield, and thus the cost/value relationships. Delivery systems also now exist for distribution of carefully treated live seeds carrying the selected organism, thus establishing the chosen control pathogen into the pre-selected target soil. It is vaccination–of the soil.

That was reported in the 2011 National Research Council publication: Feasibility of Using Mycoherbicides for Controlling Illicit Drug Crops. This U.S. Department of State funded scientific panel of plant science experts was the result of an almost unanimous Congressional mandate, Public Law 109-469, which asked the feasibility question. This scientific panel met over the 2009-2011 period. Their conclusion was that mycoherbicides are considered feasible for the control of drug crops, but that more detailed study and field testing is needed. This answer needs a political response. This issue is common knowledge among plant scientists, but not well understood by ordinary citizens, particularly when the body of scientific data is growing at such lightning speeds.

The science of biocontrol is blossoming with new breakthroughs. Hopefully, these gains will be considered to reduce blossoms of some of the world’s most troubling weeds. If scientists are actually doing further testing now, they are (for their sake) working in secrecy. As an outsider, however, I fear for the safety of those acting while waiting for further political action, those individuals who, despite lack of security, want to see this needed area of supply reduction research through to approval. When we speak of danger, we refer to criminal interests going to extremes to protect their sources of revenue. People, good or bad, tend to use force to protect their money.

Perhaps it will not be the U.S. Congress that calls for more detailed study and field tests, but Brasilia or Moscow? Neither country wants the increasing flow of cocaine and opiates now flooding into their nations. Brazil is having an increasing problem with imported cocaine, Russia with opiates. Perhaps such a nation will respond without considering Washington, diplomacy or farmers? Brazil, for example, is in conflict with Peru and has an 11,000 mile border with drug producers: Peru, Bolivia and Columbia.

There are desirable diplomatic options that might assist nations struggling to contain illegal narcotics plant cultivations that are compatible with applied biocontrol. Simply paying current farmers and farm workers not to grow illicit crops might work well. Farmers would receive no loss in income– nor any risk from the vagaries of weather, but instead could be paid the exact same amount for a legal alternative crop and in addition, also keep the revenue, resulting in a substantial increase in farm income. This carrot probably would not be very effective were it not for the concurrent driver– mycoherbicides to keep the illicit crops from “cropping up” in neighborhood regions. Mycoherbicides can become the “diplomatic drones of drug diplomacy,” acting against precise geographies without endangering pilots, nor causing collateral damage to humans, other plants or animals. Such an approach can be, of course, extended to all major narcotics producing nations: Afghanistan, Bolivia, Colombia, Mexico, Myanmar and Peru. The farm income of all farmers and farm workers in all those nations is a cumulative $5 billion annually.

This $5 billion of illegal agricultural activity results in an annual $350 billion “societal cost” of drugs to just the richest 30 OECD nations, with the cost in 166 less affluent user nations being a substantial added but unknown amount. Therefore, for every one dollar invested in the diplomatic carrot and mycoherbicides, there is at least a $70 profit–a sum to either improve needed investment or to reduce debt. Some countries, once convinced that mycoherbicides are an effective deterrent, might wish to solve their problem forthwith, no carrot necessary. Farmers would have to shift to crops that yield a less risky return without any handout. Diplomats, so often the co-dependents in drug control, would be left out of the picture.

The undeniable fact is that there are 40,000 annual drug deaths in the U.S. and well over 250,000 each year throughout the world, and those grim figures are growing with increases in populations. Are those lost or damaged by illicit narcotics not important? Narcotics are, in themselves, weapons of mass destruction. Although lives are snuffed out one-at-a-time for the most part, they are no less loved or mourned than the 26 lives lost so suddenly in the tragic Newtown, CT shooting. Neither can we forget that the 9/11 Commission concluded that our national tragedy was probably the result of Afghan drug revenues in criminal hands. Someone recently asked “Do you think drug money is so pervasive throughout government and society, that politicians secretly do not want to eliminate the drug trade, but seek merely to control it?” I don’t think that is possibly true, but we need to remind our political leaders, beginning right now, that the massive annual deaths of their constituents are invoked by those who wish us harm.

*Walton Cook is the author of Buzzword, the 2001 fictional account on the biocontrol of narcotics producing plants in the Andean region of South America. In 2002 he wrote Birthright of Freedom, on social security and healthcare reform, with CPA David Wigfield, and in 2011 he wrote Compound Capitalism, Slaying the Dragon of Debt, on financial reform. His views have been published in a wide variety of media, including The Economist, UPI, The Washington Times and others.

This article originally appeared in the Journal of Global Drug Policy and Practice.