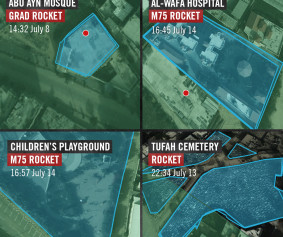 The first few pages of the report are summarized below. The entire document is available here.

Hamas: Defining the Battlefield in Gaza
• Hamas uses UN facilities, schools, childrens’ playgrounds, water towers, mosques and countless other active civilian facilities as launching sites for rockets and attacks. In this operation alone, Hamas has launched above 1,600 rockets from civilian sites.
• Additionally, Hamas purposefully engages IDF troops in conflict in urban areas. For example, in Shuja’iya and in Jebaliya, IDF troops have come under intense attack by terrorists from highly populated areas, and have been forced to defend themselves.
• Hamas also uses civilian infrastructures for other military purposes, and places weapon caches and C2 centers in civilian places.
• Hamas’ tactic serves two purposes. Firstly, because the IDF responds to attacks with acute concern for innocent lives, attacking from these sites gives Hamas a major strategic advantage. Secondly, any civilian casualties that are incurred from these attacks are used to create international pressure against Israel, even though it is ultimately Hamas that is to blame for these deaths.
• Such tactics flagrantly violate international law and the most basic of moral precepts. 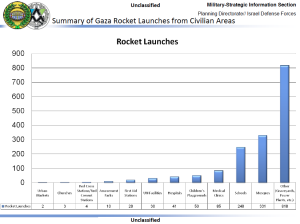 Hamas: We Place Civilians in the Line of Fire Click Here to Play 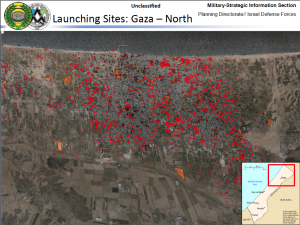 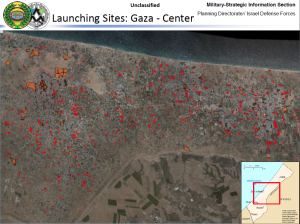 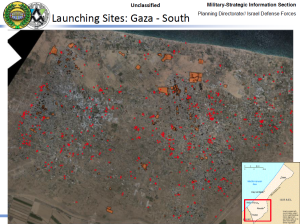 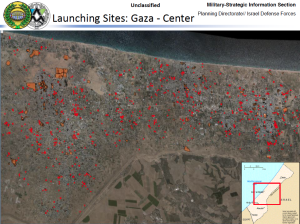 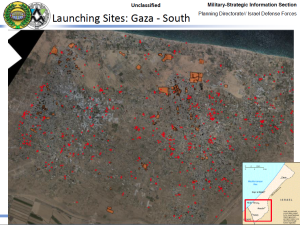 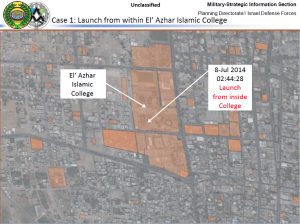 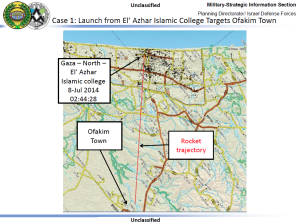 July 27th, 2014: Hamas terrorists are seen shooting three rockets at Israel from within a school in Gaza. Click Here to Play