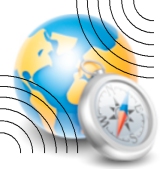 Our critical infrastructure is growing increasingly reliant upon wireless technologies. The challenge of cybersecurity, however, overshadows the need to address and reduce our vulnerability the electromagnetic spectrum that hosts these technologies to intentional interferences.

Today, a much needed hearing titled “Finding Your Way: The Future of Federal Aids to Navigation,”was held by Rep Duncan Hunter (R-Ca), the chairman of The House Coast Guard and Maritime Transportation Subcommittee.

While the focus was on marine transportation system, the critical need to secure navigation and timing in all other sectors using electronic communication and digital technology was recognized.  Indeed, “Reliance on satellite navigation and timing systems has become a single point of failure for much of America and is our largest, unaddressed critical infrastructure problem.”

A large variety of jamming devices — illegal to market and sell in the U.S. — are available on the Internet. Their use could lead to interference with the reception of signals from our Space-Based Positioning, Navigation, and Timing (PNT) satellites (GPS).  Through frequency interference and manipulation, criminals, terrorists, and hostile powers can deny or scramble information in a manner that will damage communication, transportation and function of most digital technologies in the private and public sectors. Our communication services; electric grid; critical infrastructure; financial markets; air, ground and sea transport, and most everything else may all be paralyzed. The short and long term impact on the country and its people would be devastating.

A growing awareness of the threats of natural and deliberate interferences with our electromagnetic spectrum, have raised some interest in installing the terrestrial based enhanced Long Range Navigation (eLoran), a radio-navigation network that, unlike GPS, could reach under ground, under water, and into buildings. While this terrestrial system is not as accurate as the space based one, it could be used as a back-up in case of interference with the electromagnetic spectrum.

The importance of the GPS resiliency and the need for redundancy in case of interference could not be overstated. Congress should demand an assessment of the nation’s current abilities to identify, consider and develop measures to prevent Chinese, Iranian, Russian, North Korean and groups or individuals supporters of these regimes, or of jihadist organizations, or criminals from jamming.

However, without a central database documenting and analyzing the type, source, location and duration of electromagnetic interferences, we keep grabbing for band-aids, but lack the appropriate policies and technologies to prevent/counter them.