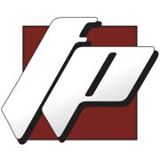 On August 10, a major victory for freedom of speech was achieved. President Obama signed the Securing the Protection of our Enduring and Established Constitutional Heritage Act (SPEECH Act) into law, stopping Americans from being sued for libel by individuals in other countries with inadequate First Amendment rights. The legislation is a defeat for those who would seek to silence Americans speaking out against radical Islam by threatening to bankrupt them with costly lawsuits.

The story of the SPEECH Act starts with Dr. Rachel Ehrenfeld, the director of the American Center for Democracy, who bravely stood up to a Saudi billionaire named Khalid bin Mahfouz who she accused of financing terrorist groups in her book, Funding Evil: How Terrorism is Financed–and How to Stop It. Mahfouz, who died of a heart attack on August 16, 2009, targeted Ehrenfeld with a lawsuit as he had done to other authors accusing him of having ties to terrorism.

Taking advantage of the United Kingdom’s libel laws that force the defendant to prove their accusations in court, Mahfouz sued 45 publishers and journalists and all settled, except for Dr. Ehrenfeld. The U.N. Human Rights Committee evenreported in 2008 that the laws “discourage critical media reporting on matters of serious public interest, adversely affecting the ability of scholars and journalists to publish their work, including through the phenomenon known as ‘libel tourism.’”

The result is that authors and publishers become unwilling to write about characters such as Mahfouz, aware of the cost that a lengthy legal case brings. Those targeted with such lawsuits have great difficulty finding work, as potential employers want to avoid meeting the same fate. This tactic, called “lawfare,” is very effective for nefarious organizations and individuals with the means of suing less wealthy critics into bankruptcy.

Ehrenfeld did not live in the U.K., and did not publish or even promote her book there. However, Mahfouz was able to justify the lawsuit because 23 copies of the book were bought there online. She reacted to the lawsuit by refusing to participate in the proceedings, arguing that the court lacked jurisdiction. As a result, she lost by default and she countersued from the United States saying her rights were being violated. The New York Second Circuit Court of Appeals ruled in her favor, and the state passed the Libel Terrorism Protection Act, often referred to as “Rachel’s Law.” Illinois, Florida, California, Maryland, Utah and Tennessee followed.

Dr. Ehrenfeld’s allegations against Mahfouz have a solid foundation. Mahfouz founded the Muwaffaq Foundation that was designated by the U.S. Treasury Department as a financier of Al-Qaeda. The individual chosen by Mahfouz to run the charity, Yassin al-Qadi, was also blacklisted for his links to Al-Qaeda and Hamas.

“The Muwafaq Foundation provided logistical and financial support for amujahidin battalion in Bosnia…A number of individuals employed by or otherwise associated with the Muwafaq Foundation have connections to various terrorist organizations,” a November 2001 letter from the Treasury Departmentstated. It also accuses the charity of financing Hamas and Abu Sayyaf, an Al-Qaeda affiliate in the Philippines.

The 9/11 Commission Report also substantiates Ehrenfeld’s allegations. It does not mention Mahfouz, but it refers to a Gulf fundraising operation called the “Golden Chain” that funded Bin Laden from 1996 to 1998. Operatives connected to the network were arrested in 2002 in Bosnia with a document listing members of the “Golden Chain,” including Mahfouz.

The charity had been accused of sponsoring terrorism as early as 1995 byAfrica Confidential, but the publication apologized and settled after being sued. Mahfouz admitted that he donated over $270,000 to Osama Bin Laden’s organization during the Soviet invasion of Afghanistan after being approached by one of Bin Laden’s brothers. Extensive documentation exists of the links between the Muwafaq Foundation and terrorism all the way back to the mid-1990s.

Mahfouz also has a troubled history. He agreed to pay $225 million to settle fraud charges in 1993 after the Bank of Credit and Commerce International, which he owned one-third of, was closed in 1991 because of its money laundering. Mahfouz denies any fault, saying his settling was just a “business decision.”

Terrorism expert and best-selling author Richard Miniter told FrontPage that these public records don’t make much of a difference in Britain when it comes to libel lawsuits. The defendant is required to prove their reporting in the court of law, going beyond citing such public documents. In the process, they must take on legal expenses that will likely lead them to financial ruin. This possibility is leading to self-censorship, he warned.

“It is a threat that hung over every writer,” Miniter said, adding that this was just one method in an overall lawfare strategy by Islamists.

“There is a constant effort by Islamic organizations, like the Muslim Brotherhood, to use America’s legal system against us, like they used our airplanes against us on 9/11,” he said. The goal is to punish anyone publicly standing against their agenda.

Now, the federal government has passed the SPEECH Act without a single dissenting vote, undermining those who would seek to use their wealth and power to intimidate whistleblowers like Dr. Ehrenfeld.

“For the first time, someone has blunted one of their attacks. All of our action has been defensive, and that’s why this is so important, that’s why it’s a major victory,” Miniter said.