Free Speech Is Still A Pipe Dream For British Writers 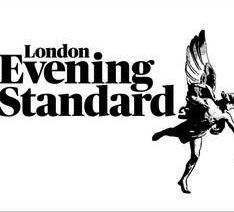 London, the host of the 2012 Olympics, has long since won the gold medal as the capital of “libel tourism”. I was made aware of this in 2004 when a libel suit was brought against me and my book Funding Evil: How Terrorism is Financed — and How to Stop It, in London’s High Court. The suit was brought by Khaled bin Mahfouz — the Saudi plutocrat and libel tourist nonpareil.

Before his death in 2009, Mahfouz had brought or threatened to bring more than 40 similar lawsuits before that plaintiff-friendly court, and he was totally successful in silencing the critics of his infelicitous career, which had, it was claimed, included terrorist financing.

Mahfouz had several things working for him in London: he was rich and he was the former banker of the Saudi royal family with the tacit support of powerful Saudis. He was, moreover, the beneficiary of a legal system that gives the plaintiff an inordinate advantage. He didn’t have to prove that the allegations against him were not true. British libel law puts the burden of proving allegations with the defendant, not the claimant. Filing a suit, or just threatening to sue, was enough for him to win. In my case, since I refused to acknowledge the British jurisdiction over me, he won by default.

I countersued him in New York, arguing that enforcing the UK default judgment would violate my constitutional right to freedom of expression. When I found out that New York lacked a law to protect me, I turned to the state legislators, who passed the Anti-Libel Terrorism Law (aka “Rachel’s Law”) in May 2008. I went on to campaign for a federal law, and in a bipartisan unanimous vote, the US Congress approved the Securing the Protection of Our Enduring and Constitutional Heritage Act, which protects all Americans writers and publishers from the growing phenomenon of libel tourism, in 2010.

It was an important development. Mahfouz had used the libel-tourism tactic to bully more than 40 authors and a publisher into apologies for and retractions of similar exposés. While British libel laws were often used by the rich and famous to intimidate critics, the Saudi used them as a weapon against the American and Western media, and effectively prevented further exposés of Saudi and Gulf funders of terrorism.

I refused to acknowledge the British court’s jurisdiction over me as I did not live in England, nor was my book published or marketed there. The English court ruled against me, ordering that I pay a hefty fine, apologise, retract my statements and foot Mahfouz’s substantial legal fees. I countersued to prevent the enforcement of the default judgment on the grounds that it did not meet the standard of American First Amendment protections for free speech.

I succeeded. And my campaign shows the striking differences between the US approach to free speech and the British one. Even the United Nations’ Human Rights Committee warned the UK that its libel laws “discourage critical media reporting on matters of serious public interest, adversely affect the ability of scholars and journalists to publish their work” and “affect freedom of expression worldwide on matters of valid public interest”.

My actions in the US also spurred the free speech reform movement in the UK to fight for change, and for a brief moment on May 9, it looked as though they had achieved a long overdue reform of Britain’s antiquated law.

The Queen’s Speech, announcing new legislation “to protect freedom of speech and reform the law of defamation”, implied victory for the champions of change. But a close look at the proposed Bill revealed that British journalists and academics have a long fight ahead to gain their right to shine light on government and corporate abuses and corruption. The Bill ignores the campaigners’ key demand and fails to offer adequate legislation to protect journalists’ and scholars’ freedom of expression, thus limiting their ability to report on matters of public interest.

In the US, freedom of speech, freedom of the press, freedom of expression of ideas, opinions, and research, and freedom of exchange of information are all essential to the functioning of a democracy and to the fight against terrorism. To avoid defamation suits, US press reports on public officials or public figures have to meet an “actual malice” standard, as established in the New York Times Co v Sullivan (1964). The UK’s proposed Bill instead requires writers and journalists to demonstrate that they have been “responsible” in order to qualify for a public interest defence.

The Bill contains a debatable checklist of what is defined as “responsible publication”, varying from the tone of the report to the “importance” of what is being reported. While big publications armed with in-house legal teams would reluctantly comply, most independent scientists, journalists and human rights activists would find the nebulousness of the law and the price of legal counsel to oversee compliance prohibitive.

This foreign criticism led the UK government and lawmakers to a major exercise in diplomacy on the Bill’s proposal to restrict libel tourism. But this restriction would protect mostly foreign reporters, academics and publications, not those residing and publishing in the UK — the people most affected by the libel laws.

The Bill offers a few other minor changes, but the libel law, dating from 1848, will continue to chill English efforts to expose corruption and official wrongdoing and indeed other matters of public interest. However, change will not occur because of foreign criticism.

Change will come only when there is enough public pressure to reform the draconian antiquated law. In the meantime journalists’ and academicians’ right to free expression remains constrained, and the public remains in the dark about it. Clearly, real reform of British libel law is yet to come.