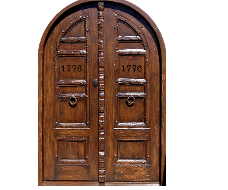 “They don’t know how hard it is to be free.” Yeonmi Park

Hi, my name is Truth. I want to tell you a quick story about something amazing that happened to me recently. I was out walking around Times Square, and the 2022 mid-term elections dominated the billboards. Faces and voices were all claiming to speak for me. I was popular with some and hated by others. Regardless of their statements, everybody wanted to lay equal claim to me. After a few more minutes of listening, I finished my walk and turned toward home. Entering my apartment complex, I hopped in the elevator with the intention of heading to my comfortable abode, nestled away and looking for some peace and quiet. I was distracted and accidentally pushed a button I hadn’t seen before. I live on the 7th floor, the 4th apartment on the right, but I found myself going down, and I couldn’t stop it.

The elevator eventually stopped, and the display said “1776.”  I wasn’t sure if that was a time or a floor, but not one to scare easily; I stepped into the dim hallway when the doors slid open. I was greeted by something I was not expecting, a double door with a 1776 on each side. Odd, but I decided to keep moving and pushed open this door as well. In front of me were rooms with words on the doors. These titles were interesting in that they were questions as if I were to answer them.

One caught my attention immediately; it was titled “Why America?” A few doors down, another door was titled, “Who are We?” One more was visible as I peered into the strange dimness: “What is our Destiny?” Seeing past these few was difficult as the doors faded away as I looked further. A fourth door did have what looked like “The Declaration” written on it with something after it that I was unable to read: “of” maybe?

Oh, I forgot something important. On the wall was a set of directions to help guide me in this strangest of puzzles. They were simple instructions: “You Can’t See the Rest Without the First Principles, But You Might Return and Start Over if You Learn.”

First Principles? I wasn’t sure what that meant, but I chose to proceed.

I opened the first door……….

What happened over the hours that followed amazed me. I was taught about an America that was not what you hear about in schools and the media today. The real America was settled by people who fled religious tyranny for a new land where they could worship as they pleased. Over the years, settlements turned into colonies administered by Great Britain. That, too, ended when a precious few decided to embark on the greatest experiment in human history. This experiment had many titles, fueled by the lessons of history encoded in Athens and Ancient Rome. Titles like self-governance, freedom of worship and speech, individual rights, and much more.

I was shown how America may have had slaveholders, but that this practice was dying a well-deserved death long before slaves were emancipated. It was also clear that the principles of liberty bound in faith formed the core of America, not a personality like a king. Many knew that failure to adhere to principles did not mean the principle was wrong, but that humans often fail to realize them.

Proceeding through the rooms, I was intrigued by the fact that new doors would become visible as I completed each lesson. “Why America?” and “Who are We?” would light up like a beacon while “The Declaration of Independence” became clearly visible. As did “The Constitution and Bill of Rights.”

I was amazed at how the Bible so heavily influenced America’s founding documents. I came to realize that the power structure in America is the individual, then the family, community, and state. The federal government was to be the least important level of governance with the fewest powers.

This process continued as titles and topics flooded me. But something changed. What was once a dimly lit entry that grew brighter as I moved along now appeared to be a hallway growing dimmer the further I went. I barely noticed the change, and almost too late.

Suddenly I was confronted with chaos and noise, and a much darker environment. What did I see or hear?

I can’t cover every evil I witnessed, and I didn’t even get to the end. I advanced to the point of almost pure darkness but stopped short. The message of Floor 1776 was clear to me now; I didn’t need to go to the end. When in doubt, go back to the First Principles and don’t let the slow dimming of the light continue.

It’s a good thing my middle name is Hope.

*Lt Col (ret), US Army, Darin Gaub is a Co-founder of Restore Liberty, an international military strategist and foreign policy analyst, an executive leadership coach, and serves on the boards of multiple volunteer national and state level organizations. The views presented are those of the author and do not represent the views of the U.S. Government, Department of Defense, or its components.