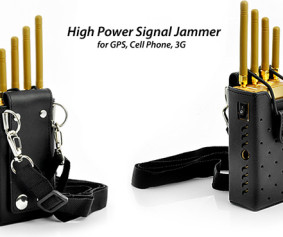 The Justice Department and the Federal Communications Commission (FCC) seem to model themselves after British policemen, popularly known as “bobbies,” whose only regular weapon is a short, wooden truncheon, which they keep out of sight and may not employ except in self-defense or to restore order.

In response to Chinese hackers and companies selling jamming devices to interfere with our reception of signals from the United States Global Positioning System (GPS), they issue indictments and Notices that cannot be enforced.

It seems that the idea behind this is to demonstrate that the U.S. government is committed to challenge the Chinese. Hardly.

Last month indictments of five Chinese military personnel for hacking into computers of “nuclear, metal and solar companies to steal trade secrets,” is but one example of an attempt to be seen as doing something. Something pointless.

On June 19 the FCC issued a “Notice” that it “plans” a $34,912,500 fine against an online Chinese retailer of signal jammers, C.T.S. Technology Co., Limited, which have been marketing and selling such devices to U.S. customers for at least two years,

According to the FCC, the C.T.S. marketed 285 models of signal jamming devices to U.S. consumers. Such devices are used by criminals and terrorists to interfere with radio frequency signals of GPS devices, cell phones, wi-fi, the electricity grid, etc., rendering them useless. Such interferences could devastate our economy by, for example, preventing or re-directing financial transactions, and cost many lives when used to prevent communications with and between first responders during a disaster caused by nature or a terror attack.

Under the Communications Act of 1934 (variously amended since) “it is a violation of federal law to market, sell, import, or use a signal jammer in the U.S. and its territories, except in very limited circumstances involving federal law enforcement.”

The FCC issued this “Notice” to the Chinese marketer/seller. But what about the buyer and the users? Who are they? Three years of interference with a cell phone tower on Florida’s I-4 during morning and evening rush hours went by before the FCC to catch Jason R. Humphreys, who installed a jammer in his car because he “didn’t like people talking on their phones in cars,” driving along.

In other known incidents, a rider on Philadelphia buses regularly jammed the reception of his fellow passengers’ cell phones because he wanted to shut them up. And a New Jersey truck driver, who while using a jammer to prevent his employer from tracking him, interrupted GPS signals at Newark Airport. More serious incidents are still being investigated.

Alas, while the FCC issues warnings little has been done to develop jamming resilient radio frequency and GPS receivers. Until that happens — probably after a devastating attack — the U.S. “bobbies” will continue to yell “Stop, Or, or I’ll say Stop, again,” and their “Notices” and indictments will be as deterring to the Chinese hackers and sellers of jamming devices, as the wooden batons to criminals in Britain.
~~
* Robin Williams

Washington, D.C. – The Federal Communications Commission plans to issue the largest fine in its history against C.T.S. Technology Co., Limited, a Chinese electronics manufacturer and online retailer, for allegedly marketing 285 models of signal jamming devices to U.S. consumers for more than two years. The FCC applied the maximum fine allowed to each jammer model allegedly marketed by C.T.S., resulting in a planned fine of $34,912,500.

“All companies, whether domestic or foreign, are banned from marketing illegal jammers in the U.S.,” said Travis LeBlanc, Acting Chief of the Enforcement Bureau. “Signal jammers present a direct danger to public safety, potentially blocking the communications of first responders. Operating a jammer is also illegal, and consumers who do so face significant civil and criminal penalties.”

C.T.S. operates a website that markets consumer electronics to individuals in the United States, where it allegedly misled U.S. consumers by falsely claiming that certain signal jammers were approved by the FCC. In fact, the use of such devices by U.S. consumers is illegal under any circumstance. C.T.S. also sold 10 high-powered signal jammers to undercover FCC personnel.

In addition to the planned $34,912,500 fine, the Commission is ordering C.T.S. to cease marketing illegal signal jammers to U.S. consumers and provide information to the FCC about any persons and entities in the United Sates that purchased its devices.

Signal jamming devices or “jammers” are radio frequency transmitters that intentionally block, jam, or interfere with authorized communications, such as cellphone calls, GPS systems, Wi-Fi networks, and first responder communications. It is a violation of federal law to market, sell, import, or use a signal jammer in the United States and its territories, except in very limited circumstances involving federal law enforcement.

To report the sale or use of an illegal jammer, contact the FCC Enforcement Bureau through the FCC online complaint portal or call 1-888-CALL-FCC (or 1-888-225-5322). To voluntarily relinquish a signal jammer, please e-mail jammerinfo@fcc.gov. Additional information, including the FCC Consumer Alert on the jamming prohibitions and the FCC Enforcement Advisory to retailers regarding the marketing of illegal signal jammers, is available at www.fcc.gov/jammers.

Images of a sample of the illegal signal jamming devices allegedly marked by C.T.S. are available in the enforcement action. The FCC enforcement action against C.T.S. is available at: http://hraunfoss.fcc.gov/edocs_public/attachmatch/FCC-14-92A1.pdf