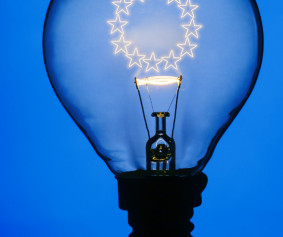 The agenda of the G7 leaders’ meeting in Brussels does not include energy security as an independent topic. Instead the leaders will discuss energy in the context of climate change. Two paragraphs, under “Energy and Climate Change,” talk about the need to secure energy sources. However,  five paragraphs are dedicated to … global warming: “On climate change, leaders are expected to reaffirm their commitment to limit effectively the increase in global temperature below 2°C above pre-industrial levels and express their strong determination to adopt in 2015 a global agreement, ahead of the Climate Summit of the United Nations General Assembly in September and the upcoming COP2015 in Paris.”

Instead of exploring ALL alternatives to Russian oil and gas supplies, the European leaders will discuss more funding “on concrete climate actions in developing countries,” where the citizens will continue to bake in the sun, while many Europeans are likely to freeze. — Rachel Ehrenfeld

Gal Luft* and Anne Korin** have nailed down What Europe Gets Wrong About Energy Security – European reliance on Russian natural gas is inlarge part a self-inflicted wound.

The crisis in Ukraine raised concerns about European energy security, triggering calls for stronger coordination among the G-7 governments and the broader European community. This led the G-7 leaders to issue the March 24 Hague Declaration in support of Ukrainian sovereignty. The declaration called on the group’s Energy Ministers to convene and seek ways to strengthen Europe’s energy security.

This they did, and in their May 6 meeting in Rome the ministers issued a joint statement committing to “a systematic and enduring step change to improve energy security at national, regional, and global levels.” But their statement reflects a failure to recognize the actual root of Europe’s current energy predicament. European reliance on Russian natural gas is in large part a self-inflicted wound. One can’t after all hail environmental issues über alles, effectively ruling out all other sources of base load, 24/7 electricity generation except natural gas, and then be taken seriously when complaining that Vladimir Putin is taking advantage of the leverage handed to him on a green platter.

Energy security and greenhouse gas reduction may complement each other in some areas, but a Venn diagram of the two would show only a small area of overlap. Energy security means a reliable supply of energy at an affordable price. Cutting coal use may reduce greenhouse gas emissions, but if coal is replaced by Russian natural gas, then reliability is compromised. If it is replaced by intermittent sources of power like solar and wind, the likelihood of power supply interruptions rises. Improving the reliability of renewable electricity by coupling it with expensive energy storage and backup power capacity—invariably provided by natural gas—means affordability takes a hit. Connecting and integrating multiple generating devices and smart meters into a smart grid environment may increase the efficiency of the grid and help reduce emissions, but at the expense of greater susceptibility to hacking and cyber-attacks.

The Rome statement also implies that climate change has a thoroughly negative impact on energy security and therefore G-7 policies should focus on mitigating it. This assumption is not well founded. Elevated sea levels or occasional climate-induced storms could damage a refinery or a pipeline here and there. But one cannot ignore the positive contribution of climate change to energy security: Defrosting of the Arctic Ocean, Siberia and Greenland will open new areas for exploration of oil, gas, and minerals and create new trade routes for energy. By adding vast sources of energy to the European market, these climate driven developments could strengthen—not weaken—the continent’s energy security.

The upcoming G-7 meeting in Brussels provides a good opportunity for Europe to disavow itself from the no doubt comforting myth that the climate policies it has embraced can strengthen energy security. It’s also a good time for Europe to confront the inconvenient truth that its energy predicament is not only due to Moscow’s shenanigans but is also to a large extent a European “own goal.” Europe should use the crisis in Ukraine as an opportunity to reassess the pace and pathway of its departure from coal.

Much attention has been placed in recent months on America’s potential contribution to Europe’s energy security with respect to natural gas exports—the fruition of which will take a long time due to logistics constraints—but little on its ability to export coal. Attractive U.S. natural gas prices, not to mention an inhospitable regulatory climate, are pushing American electric utilities to shift from coal-fired power generation to natural gas-powered turbines. Home to 27 percent of the world’s reserves, the United States has a huge amount of coal that can be utilized by European consumers. However, America accounts for only 11 percent of world’s coal trade, far lower than its reserve base permits. This level could be ramped up if Europe amended its position on coal.

Europe should also reassess its approach toward nuclear power. The continent has essentially turned its back on this clean source of power. Europe today has 141 nuclear power plants in operation, a third of the world’s fleet. But many of these reactors are aging and their replacement is slow. Of the 72 reactors currently under construction worldwide, only five are in Europe. On the other hand, Russia and China are moving at full throttle in their nuclear expansion. Russia has ten reactors under construction and China has 29. Throughout the G-7 economies the nuclear power industry is being squeezed out of the energy marketplace while hegemony over nuclear technology is gradually shifting to the east. As a recent IAGS report warns, without continuous development of know-how and technical infrastructure by the Transatlantic community it will be China and Russia that will become the world’s hubs on all nuclear matters, and it will be in those two countries, not the G-7, where the best practices and safety standards of the new generation of nuclear reactors will be determined.

For Europe, energy security should not only be about the diversification of gas supply away from Russia but also the diversification of energy commodities overall. Natural gas, whether conventional or unconventional, is an important component of Europe’s energy basket, but it would be to Europe’s detriment to ditch the workhorses of its energy system and throw its energy security under the bus in the service of environmental priorities and utopian thinking.

** Gal Luft and Anne Korin are co-directors of the Institute for the Analysis of Global Security and co-authors of Petropoly: The Collapse of America’s Energy Security Paradigm.  Gal Luft is also a member of the Advisory Board of the American Center for Democracy.