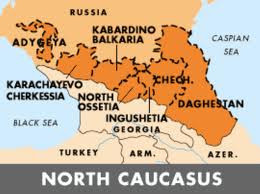 Prime Minister Recep Tayyip Erdogan’s growing Islamist tendencies, his crackdown on the military and the media have upset many in Turkey. Revelations of the gold-for-oil raid and the extent of his and his associates’ corruption, bribes to members of his government and his son’s corrupt land and construction deals with the Saudi Yassin al Qadi, a U.S.-designated terrorist who funded al Qaeda (the Europeans removed his designation) brought condemnation from the liberal opposition and thousands of protesters to the streets.

During the past 11 years Erdogan has managed to consolidate power and move towards radical Islam under the guise of advancing Turkey as an “Islamic democracy.” However, as we have been witnessing over the last four years, the oxymoron “Islamic democracy” -a Muslim Brotherhood invention- has been used successfully to turn the ‘Arab Spring’ into a scorching Arab summer. Erdogan’s “democracy” rejects Mustafa Kemal Atatürk’s Western legal codes with shari’a, turning the secular republic into an authoritarian state.

While Erdogan’s support of the Muslim Brotherhood’s Palestinian branch, Hamas, of Morsi in Egypt, and of al Qaeda fighters in Syria did not seem to upset the Obama Administration, it made the Russians nervous. With a good reason: the large Chechen community in Turkey that supports the separatist and Islamist terrorists in Russia’s Caucasus.

Indeed, Erdogan’s current crisis began with a 2011 Russian crackdown on a drug-money-laundering ring in the Caucasus that laundered revenues from trading Afghan opium with the Taliban. The investigation also revealed illegal gold transactions in Russian banks, which the Chechens shared with their Turkish counterparts. The probe led to the December 17, 2013 arrests of the sons of a Turkish minister and 34 other suspects and to mass demonstrations against the government.

Erdogan lashed out against the State’s prosecutors that until recently supported him, handing long prison terms to reporters and deposed military officers for allegedly plotting a coup. He denounced the corruption allegations and the arrests and claimed prosecutors who conspired to oust him made them up. To balance the new situation, he now tries to win support from the military, saying he was entertaining the idea of new trials to rule out the possibility that the officers who were sent to jail last year, were victims of conspiracies by the state prosecutors. He didn’t say who would handle the new trials.

While Erdogan’s authoritarianism would not be particularly bothersome to Putin — whose dislike the idea of being surrounded by democratic-minded states is expressed in his policies toward Georgia, Belarus, and Ukraine — Chechen terrorism certainly is. Clearly, Russia would prefer a secular to an Islamist Turkey leaking jihadist into Russia or the former Soviet republics.

Discord with Russia may or may not play into Edrogan’s and, more importantly, Turkey’s faith in the near future. But the upheaval surrounding Turkish Prime Minister Recep Tayyip Erdogan’s corruption presents the military and the Turkish liberal opposition, with a unique opportunity to prevent the country from going the way of the Muslim Brotherhood; that is, if Erdogan failed to replace the secular military officers he purged with radical Muslims.

Since the U.S. doesn’t seem to care, Putin is likely to step in, offering aid to the leaders of a Turkish military secular coup. After all, he has done so successfully in Egypt after General Abdel Fattah al-Sisi removed Morsi and his Muslim Brotherhood government. This would advance Putin’s efforts to become a greater player in the Middle East and on the world stage.

In the meantime, Erdogan and his lawless government are still in charge.