U.S. Does Not Condemn Palestinian Violence 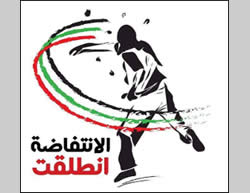 The White House latest condemnation of the escalating violence in Jerusalem is akin to that issued by Palestinian Authority Chairman Mahmoud Abbas. Both are talking from both sides of the mouth.

Last month Abbas encouraged the Palestinians to go the attack, saying: “We bless every drop of blood spilled for Jerusalem. This is clean and pure blood, blood that was spilled for God. It is Allah’s will that every martyr will go to heaven and every wounded [Palestinian attacker] will receive God’s reward.” Today, after a surge in Palestinian stabbing and stoning attacks on Israelis and rioting by Israeli Arabs, Abbas told the Israeli daily Haaretz: “I’m Not Inciting Violence, I Want to Restore Calm,” only to allege Israeli “‘aggression against the Al-Aqsa Mosque.'” However, the aggressors are Palestinian men, women and children and the victims are Israeli Jews.

Those still holding expectations that the Obama administration’s reaction to the horrific killing of Israelis would at best be neutral, soon found out the White House is doing its best to reassure Abbas and the Palestinians that although Obama did not mention them in his recent address to the General Assembly, the former community organizer tacitly supports the latest Palestinian hunting-season of Israelis, which Abbas described as “popular resistance.”

Such an approval is evident in both the White House and the State Department statements “condemning all acts of violence” and calling “all sides to take affirmative steps to restore calm and avoid escalating the situation.” By “calling on all sides” the administration, according to Jennifer Rubin in the Washington Post, intentionally draws a “moral equivalency” between Palestinian aggressors and the Israeli victims, thus deliberatly “misleading the country and the world as to what is occurring.”

Judge for yourself. Here are a few examples of the Palestinian leadership active promotion of violence against Israel, as published by the Meir Amit Terrorism Intelligence and Information Center: Left: Notice disseminated by the Hamas “At your orders, Al-Aqsa” campaign. It shows a masked Palestinian throwing a Molotov cocktail and a burning tire at the tiny IDF soldiers below. The Arabic reads, “My people in the [West] Bank, arise!” “I am coming, I am coming… I will strike with dagger and rock…Grind your enemy into dust…Burn him with fire.” Right: Masked Palestinians, participants in the violence. The Arabic reads, “The taste of gunpowder…Awake, knights of the [West] Bank” (Facebook page of the Islamic Block at Al-Najah University, October 4-5, 2015).