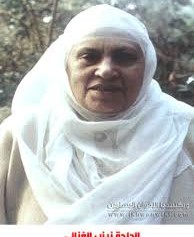 The perdurability of Egypt’s Muslim Brotherhood (Ikhwan al-Muslimun) is explained by more than a half-century’s effort to penetrate and control the professions (doctors, lawyers, pharmacists, etc.); the influence of Muslim clerics and their control of thousands of mosques; and finally, but of no lesser importance, the Muslim Sisterhood and its widespread involvement in and supervision of charitable institutions (health, education, welfare).

The woman usually said to have had the greatest impact on the Egypt’s Muslim Brotherhood was Zaynab al-Ghazali, the activist daughter of a wealthy cotton merchant and Al Azhar-educated father. An active member of Egyptian Feminist Movement (founded in 1923), in 1936 at the age of eighteen she founded the Muslim Women’s Association (Jama’at al-Sayyidat al-Muslimat).

That organization, which at the time was created outside the Ikhwan nexus created previously by Hasan al-Banna, was intended to promote women’s activities and was based on anti-colonial and Islamist precepts.

Not long afterward Banna asked Zaynab al-Ghazali to take charge of his nascent women’s division, the Muslim Sisterhood.  Originally, Ghazali rejected Banna’s overture, but she still considered it wise to cooperate with Banna and his Ikhwan.

Ironically, it wasn’t until after the Muslim Brotherhood was officially prorogued in 1948 that she offered her personal allegiance to Hasan al-Banna and pledged to support the Ikhwan goal to foster education, persuasion, morality and personal behavior in order to establish an Islamic state in Egypt. It is from that moment that today’s Muslim Sisterhood is dated.

Following the assassination of Banna in 1949, Zaynab al-Ghazali continued her association with the Ikhwan. Thus in 1962 she was in contact with Ikhwan intellectual Sayyid Qutb while he was in prison. And it was “through his two sisters” that the first two sections of a book he was writing in prison reached the outside world. Published in 1994 as Ma’alim fi’l-Tariq, and translated as Milestones in English, the book, which has become a classic in Islamist literature, was copied and studied by Ikhwan in small cells of five or so. To this date it is required reading for Ikhwan members.

Egypt’s President Nasser, suspicious of the Ikhwan’s study groups, attacked them along with the Ikhwan in 1965.  It was a coup-de-main that would have a two-pronged effect: The Ikhwan was driven underground in Egypt, while Egyptian exiles spread the Brotherhood influence throughout the Muslim World.  Qutb himself rejected until his death in 1966 the nationalism inherent in Nasser’s Pan-Arabism, a political movement that he considered jahiliyya (a reference to the age previous to Muhammad in Arabia and thus, one of unbelief).

During Nasser’s purge even the Muslim Sisters were not spared.  The Muslim Women’s Association, which Zaynab al-Ghazali claimed had three million members, was dissolved, and Ghazali was jailed.  In 1966 she was sentenced to hard labor for life.  Following the death of Nasser in 1970 and the rise to leadership of Anwar Sadat, a man who in his youth had been a Muslim Brother and who would until his death retain an interest in the movement, Ghazali was released in 1971. She then continued her active life in the Muslim Brotherhood and took an active part in women’s issues.

Interviewed in 1981 Ghazali claimed, “Islam gave women rights in the family granted by no other society.” She scorned the women’s liberation movement in Christian society, while arguing that Islam allowed women to “take an active part in public life, to hold jobs, enter politics, and express their opinion.”  Her autobiography, Ayyam min Hayati (Return of the Pharaoh)–a memoir of her years in prison, her activity in the Muslim Women’s Association, and her personal involvement in “the clandestine activity of the Society of the Muslim Brothers”–has been for years an Islamist best-seller. Throughout her long life that ended in 2005, al-Ghazali remained convinced that “Islam does not accept a multi-party system because it has its own self-contained system.”  Other systems, being man-made, were “inferior to Islam’s.” (See “Zaynab al-Ghazali: A Woman of Strength,” Jamaah Islah Malaysia, 3 April 2005, website)

From its beginning, and even moreso in recent decades, the Sisterhood has been noted for its involvement in welfare activities from the grimiest sectors of Cairo to the dirt-poorest Nile villages. The Sisters distribute food, create and attend to health clinics, and distribute alms (zakat andsadaqa) to the poor. While male Ikhwan have employed purposeful plans to infiltrate the professions, the unions, and the universities with the goal of creating a body of experts who would one day rule a nation and impose Sharia (Islamic law), the Sisterhood continues its mundane (but no less effective) effort to construct more mosques and schools in impoverished neighborhoods.

Much of the growth of the Ikhwan organization over the last twenty years can be traced to the Sisters who worked in the slums and impoverished villages and who attracted a different stratum of recruits.  They have expanded the Ikhwan movement by proselytizing among the poor women and unemployed youth in the slums forgotten by the Sadat and Mubarak regimes.

Doubtless, they are the glue that will hold the Ikhwan al-Muslimun together in the challenging months ahead.

*J. Millard Burr is a Senior Fellow at the American Center for Democracy