Economic Growth is Not Enough 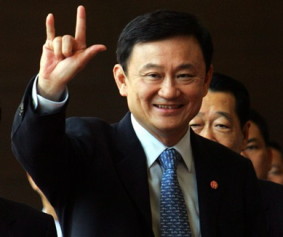 Events in Thailand give the lie to conventional wisdom that rapid economic development leads inevitably to political progress and stability, were such evidence still required.

Thailand has made remarkable economic progress in the last half century, climbing into the ranks of middle income countries. Hit by the 1996-97 East Asian Financial Crisis and then later by the 2007-08 worldwide financial debacle, its gross national product nevertheless has more than doubled since 1995. Income disparities — both between the Bangkok capital megatropolis of 5.4 million and the countryside and among individuals — is high but the latter is trending downward. Only 15 percent of its 70 million people live below the poverty line, mostly in rural areas.  Access to pure drinking water and sanitation is universal. Maternal and infant mortality have dropped dramatically.  Unemployment had been less than 1 percent until this latest coup. Foreign investors have piled in, notably making Thailand the center for automobile manufacturing and assembly in Southeast Asia.

Nor can the explanation for Thailand’s political troubles be blamed, as it is so often in Africa and Asia, on a colonial past. The British and French were content in the 19th century race for empire to permit the Thais to live in a backwater, a kind of neutral zone between the expanding the British Indian Empire (including Burma and Malaya next door) and French Indochina including Laos, Thailand’s Siamese twin. (An obscure footnote to history: London’s notorious “22 demands” made on a defeated, tacit Japanese ally immediately after World War II were rejected when local U.S. Office of Strategic Services veterans fabricated Washington support for the Thais.)

Breakdowns in the constitutional monarchy peacefully established in a bloodless revolution in 1932 have repeatedly brought the military to power. (This is the twelfth takeover in 80 years.) These, too, have generally been peaceful, often with the approval of the elite and the King. Some observers even saw these military usurpations as a breakthrough for its largely rural cadre against the growing domination of emigrant Overseas Chinese merchants in Bangkok with their strong familial ties. That contrasted strongly with what cultural anthropologists have characterized as the loose traditional Thai family structure.

But economic development has churned the Thailand mix. The 15 years of civilian rule before the 2006 coup, based more or less on free elections and a growing civil order, created a new base for populist politics. There was a generally adverse reaction to the 2006 coup, and that may explain the repeated announced reluctance of the military to intervene again this time.

The new order was skillfully exploited by Thaksin Shinawatra whose Thai Rak Thai Party captured the prime ministry from 2001 until 2006 when he was overthrown by the military. Shinawatra who, at the same time he exploited his government role to enrich himself, extended extremely popular new services to the rural population, solidifying his popularity. (That appeal was, incidentally, despite the fact that he was third-generation Overseas Chinese which, uncharacteristically from the past, he proudly acknowledged.)

The final straw in corruption allegations against him came in an under-the-table tax evading deal to sell his electronics empire to Singapore’s government investment corporation. It incidentally was run by the Singapore Prime Minister’s wife, daughter-in-law of Singapore’s grey eminence, Lee Kwan Yew, a leading apostle of clean if authoritarian government.

But the military — supported by the old Bangkok vested interests — could not break Shinawatra’s political hold, eventually leading to the installation of his sister, Yingluck Shinawatra, as prime minister from 2011 to 2014. As a fugitive on various charges he called the shots for her government from fleshpots in Dubai, London, Hong Kong and elsewhere. A disastrous corruption-ridden government plan for subsidized purchase of rice — as much as 50% above market prices — further tarnished her reputation.

Opposition to her prime ministry brought increasingly violent street demonstrations — and hints of growing paramilitary intervention. So-called yellow shirts, predominantely urban, middle-class supporters of the old establishment staged massive protests in the country’s capital for months and boycotted elections in February. The Shinawatras’ backing is the so-called red shirts, with their base in the country’s rural northeast and north.

Perhaps the most dangerous new element in the equation is growing speculation about the monarchy. The almost godlike reverence for ailing 86-year-old King Bhumibol Adulyadej has not transferred to his son, the 54-year-old former air force pilot, Prince Vajiralongkorn. He has a reputation as a womanizer and for corruption. The Thai constitution and practice does not automatically insure primogeniture but theoretically leaves the succession decision to the parliament. So succession on Bhumibol’s death could be another question mark, especially given the popularity of one of his younger daughters.

Opposition to the Shinawatras tends to take on a royalist coloration in a country which has a lese majeste law with stiff penalties comparable to those in European countries before constitutional monarchies were established. This censorship of any discussion, much less public criticism of the monarchy, has led to obfuscation of the role of the Crown Property Bureau. The CPB not only owns much of Bangkok’s prime real estate but has vast holdings in other crown corporations, some of them originally begun in the early industrialization period with the Danish East Asiatic Company. Although the CPB falls under the province of the finance ministry, its relationship with the monarchy’s income is murky to say the least. But it is certain that the King is a billionaire in his own right.

Rumors and speculation abound in this atmosphere including reports that the Prince and the Shinawatras have a deal. After an initial period of announcing it would preside over negotiations to find a compromise between the contestants, after short-lived discussions the junta has taken over the government directly. And it seems likely that without a rapid return to some form of civilian government, the junta will find itself in deepening trouble.

Adding to the complications is the growing suspicion of differences within the army between the coup leader, Army chief General Prayuth Chan-ocha, a supporter of the old Bangkok establishment, and the overwhelming majority of the ranks recruited in rural areas. Unlike earlier coup takeovers, martial law has not stopped protests against the coup, and Shinawatra has promised to set up a government-in-exile

The bad publicity has already cut into Thailand’s tourism, amounting to more than 16 percent of gross national product in 2013. The government’s tourist bureau forecast visitors dropping by 5 percent in the first quarter of 2014, with the total number of arrivals down by 260,000 from the original projection of 29.86 million. Foreign investors may not be deterred with their longer perspective — but that, too, depends on a political settlement to what is increasingly not just another Thai coup.

* A version of this column will be published at http://yeoldecrabb.com on Monday, May 26, 2014