Defining ‘Rights’ in a Terror Case 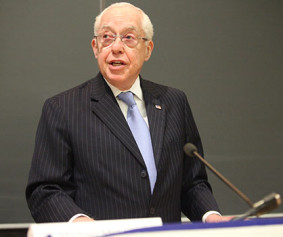 The new arrests in Boston look like criminal cases. But why was the interrogation of the accused bomber handled like a criminal matter too?

The three suspects arrested Wednesday in the Boston Marathon bombing case appear to be considered accomplices after the fact. It is likely that they will be treated as common criminals rather than terrorists. Unfortunately, law-enforcement has approached the accused bomber Dzhokhar Tsarnaev that way as well.

A miasma of conflicting views about Mr. Tsarnaev’s legal status has engulfed the case. The rules and principles that should govern the relevant facts are pretty straightforward, but they alone do not explain the actual outcome thus far, which seems rooted instead in the Obama administration’s gauzy notions about what is required of law informed by morality.

At the time of Mr. Tsarnaev’s April 19 apprehension, no warrant had been issued for his arrest. The case law on warrantless arrests requires the initiation of the court process within 48 hours, with exceptions arguably not relevant here. The reason for the 48-hour requirement, as explained by the Supreme Court in County of Riverside v. McLaughlin (1991), is to prevent secret arrests unsupported by probable cause, as determined by what the law calls a neutral magistrate. Of course, Dzhokhar Tsarnaev’s arrest was not secret, and the facts surrounding it far surpassed the modest probable-cause standard. All that was missing was the finding by a neutral magistrate.

That gap was filled, when a criminal complaint was filed by federal prosecutors based on an affidavit that established probable cause, and the magistrate judge issued an arrest warrant. Using that warrant, the authorities-if they wished to indulge an exacting taste for formality-could have rearrested Mr. Tsarnaev. No more was required.

At that point his interrogation had already begun, but it was being conducted by the FBI-led High Value Interrogation Group, solely-or so it should have been-for the purpose of gathering intelligence. Recall that the HIG, as the interrogation group is known, was created to fill the void left after President Obama, on his second day in office, abolished the CIA’s then-classified interrogation program.

The president limited future use of interrogation techniques to those set forth in the Army Field Manual, a document long available on the Internet and actually used by terrorist groups to train their recruits to resist questioning. Mr. Obama also promised to create a team of specially trained law-enforcement officers and intelligence officials to question captured terrorists. That team had not yet been created when, almost a year later, Umar Farouk Abdulmutallab tried to blow up himself and his fellow passengers aboard an airplane over Detroit on Christmas Day 2009. The opportunity to question him extensively was lost when he stopped talking to the FBI after being advised of his Miranda right to silence.

Didn’t Dzhokhar Tsarnaev have the same right as Abdulmutallab, and weren’t officials legally required to inform him of it? Well, not quite. The right in question is not, strictly speaking, a right to remain silent. Rather, it is derived from the Fifth Amendment, which guarantees that a defendant in a criminal case may not be compelled to be a witness against himself. But if an interrogation is being conducted to gather information, not to build a criminal case, then no right to remain silent exists. Law enforcement already has a surfeit of evidence-including photographs and videos of him at the scene of the bombing. The HIG interrogators weren’t trying to help prosecutors construct their case.

Of course, Mr. Tsarnaev could have chosen not to talk to intelligence interrogators, or chosen to lie to them. But that is what he would have been exercising: a choice, not a right.

Wasn’t there a requirement that Mr. Tsarnaev be brought without delay before a judge? Again, not quite. The rule in question requires that defendants be taken to court without unnecessary delay-but the rule has been interpreted in one case from the judicial circuit that includes Massachusetts to permit even a hiatus of almost four months between arrest and court appearance when a defendant was in state custody during that period. The circuit court found that so long as the delay wasn’t used to obtain a confession, it was not unreasonable.

If Mr. Tsarnaev was being questioned by the HIG solely to gather intelligence, and no admission of his or lead from information he disclosed was to be used in his criminal case, then he was no more entitled to a lawyer in connection with such questioning unrelated to his criminal case than he was entitled to a lawyer to close a real-estate transaction. The HIG could have easily ensured that none of the fruits of its questioning could be used in the criminal case.

Ideally, such intelligence questioning would have continued for a long period, probably months, so that interrogators could try to substantiate the information they obtained, then double back and ask more questions based on what they found. Intelligence-gathering is an incremental process, at best.

Would the HIG have run any risks by continuing to question Mr. Tsarnaev outside the presence of a lawyer? Not really. Defense counsel could have filed a habeas corpus petition on his behalf challenging the circumstances of the detention and his continued questioning for intelligence purposes. If the ruling on such a petition, for some reason I cannot now fathom, went against the government, and that ruling were sustained for months all the way through a Supreme Court review, then-and only then-the HIG questioning would have had to stop. No right of Mr. Tsarnaev’s would have been compromised in the interim because, again, none of the fruits of the HIG questioning would be used in the criminal case.

Could all of this legal mumbo-jumbo have been avoided by labeling Mr. Tsarnaev an unlawful enemy combatant? No. As an American citizen, by law he could not be tried before a military commission, and labeling him an unlawful enemy combatant would have had no legal significance when it came to interrogating him. There is one question about the Tsarnaev legal matter for which no answer readily appears: Why did the Justice Department order U.S. Marshals to bring a magistrate judge to Mr. Tsarnaev’s hospital room on April 22 to advise him of a right he did not have if he was being questioned for intelligence purposes, and to introduce him to a lawyer with no authority to advise him in connection with such questioning?

Why indeed. Regrettably, it appears that here we must fall back to the Obama administration’s frequently articulated concern, always presented in overarching moral terms, that America must prove to a constantly doubting world that the U.S. can follow the law even-especially-when it confers rights on unlovely folk like Dzhokhar Tsarnaev, and even if those rights don’t quite exist. Here, maybe it is time that our hectoring schoolmasters and schoolmarms consider a lesson taught by the philosopher Blaise Pascal: The first rule of morality is to think clearly.