Creation of a Prosperous Economy and A Just Society in Ukraine* 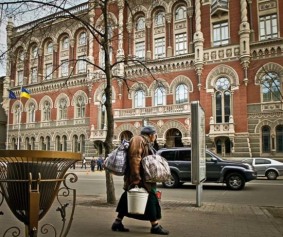 This was originally presented as a speech at the US-Ukraine Energy-Security Fusion Dialog in Kyiv on August 27, 2014.

The famous sociologist and former president of Brazil, Fernando Henrique Cardoso, when asked why, with all its abundant natural resources, Brazil was still a poor country, responded: “Brazil is not a poor country. It is an unjust country”.

This is the theme of my talk today; namely how to create a just society while constructing a prosperous economy.

I am grateful to the Ukrainian-American Association, The American Foreign Policy Council and the Ukrainian sponsors of this conference for the opportunity to address you. The last time I was in Ukraine was thirty years ago and it was still a Soviet republic. I vividly remember walking down a street in Odessa and seeing a line of people, which stretched around the block. I asked my companion what they were waiting for, and he replied that he didn’t know but would ask. He talked to two or three people in the line and then returned to say “They don’t know, but since the line is so long, it must be something good”. That comment symbolized for me the monumental failure of the communist system; it combined economic disaster with the total absence of any form of justice.

With that experience behind me, when we landed yesterday and I was being driven from the airport to the hotel, I expected to find a shabby, rundown post-Soviet city. Nothing of the kind. Kyiv is now a dynamic, modern, stylish; indeed beautiful city and I am delighted to be here.

Ukraine has all the necessary preconditions for rapid and balanced economic growth: vast extensions of excellent agricultural land; well-developed industry; large potential energy resources; good communications and transportation networks, and an educated population. Having the preconditions, however, does not guarantee success.

A large number of trees have been chopped down to provide the paper for whole libraries full of works on economic development. Quite frankly, most of it is ideologically-driven nonsense or jargon-laden dense statistical and mathematical gobbledygook. There are two necessary conditions for economic development, and if you have them it will take place, whether the country involved has many natural resources, or few, or none. Witness Japan after the Meiji Restoration and South Korea and Taiwan after World War II. Those necessary and sufficient conditions are political and social stability and economic freedom. Period. That’s all that’s necessary and if those conditions exist there will be economic growth. Of course the most startling example of that is China after the Deng Hsiao-Ping reforms.

And that is because the natural tendency of the capitalist economic system, which is what economic freedom is called, has a natural tendency towards the concentration of wealth, and that, in turn is due to the fact that every scientific and technological advance increases the portion of capital as a factor of production and decreases the role of labor. This inexorable tendency has recently been set forth in excruciating detail by the French economist Thomas Picketty in his book Capital in the Twenty-first Century. A prime example of this tendency is the iconic capitalist country, The United States. The top one percent of the population of the U.S. owns 25% of the wealth; the top twenty percent owns 85%; the middle forty percent owns 15% and the bottom forty percent owns essentially nothing. Fifty percent of the American people now are dependent in whole or in part on government transfers—in effect, they are wards, or perhaps a better word might be serfs, of the state.

The social and political effects of this phenomenon are universally negative. They amount to the creation of a governing group consisting of those who own, those who govern and those who control the media. And they are all allied and aid and abet each other, political rhetoric notwithstanding. The economic underclass will permanently ensure the continuation of the system by voting for those who pledge to maintain or increase their handouts, and the owners will ensure their position by financing the politicians and controlling the media.

Lenin, in one of his propaganda pamphlets, asked “What is to be Done?”. That is the question I wish to address today. In light of the phenomenon just described, it is essential for a country such as Ukraine not only to create the conditions for economic development, namely political stability and economic freedom (and I might add greatly reduce corruption); but also to address the social and economic problems that will inevitably surface as that process develops.

The most common response to that question is to increase the amount and coverage of the governmental transfers to an ever-increasing underclass. That “solution” leads to increasing dependence, increasing unemployment, and ever-increasing levels of debt, since the owners of capital are in favor of government transfers to keep social unrest at a manageable level, but don’t want to pay for it. That cycle is seen today in the U.S. and most of Europe, as well as elsewhere.

Picketty’s solution is a wealth tax. That would address the debt problem, to be sure, but it would do nothing to improve the wealth and income disparities or the expansion of the underclass. It would simply alter the way in which they are financed. It also assumes that the owners of productive capital will continue to finance innovation, scientific and technological advances and technical education if their wealth is heavily taxed. There is an iron-clad rule in taxation—if you tax something you get less of it. There is no reason to believe that wealth is an exception to the rule.

No, the solution to the dilemma outlined is to attack the core of the problem, not the symptoms. In the middle of the nineteenth century the United States was facing a situation very similar to that which it faces now, at a time when there was rapid mechanization of industrial production and land was the most valuable factor of production. An urban underclass was rapidly increasing in the eastern cities. But in 1862, in the midst of the Civil War, the most damaging war between the end of the Napoleonic wars and World War I, the American Congress passed the most important piece of economic legislation in the history of the Republic and President Lincoln, busy with trying to preserve the country, found the time to sign it—The Homesteading Act. The Homesteading Act provided 160 acres to all who were willing to populate the great plains west of the Mississippi River and work the land for a period of years. If they successfully did so, they were given the land as their property. Thus was land distributed widely among the population, the great Western states populated, pressure on the cities of the east relieved, and the agricultural miracle created which led to enormous increases in agricultural production to feed the country and provide for ever-increasing exports. The Act also provided for the establishment of land-grant colleges to improve the technologies applied to agricultural production.

In other words, instead of using the surplus from industrial mechanization to provide governmental transfers to the increasing eastern underclass, the most important factor of production at the time land, was distributed widely, with the settlers providing the labor input.

That is what is needed now—in other words, the expansion of capital ownership in the population as a whole—if you like a Capital Homesteading Act in all the advanced capitalist countries. This is not a pipe-dream. Not only does the historical example of the Homesteading Act exist but there are many examples in the contemporary world.

One example is cooperatives. One of the largest agricultural enterprises in the U.S. today is the citrus fruit cooperative Sunkist, which groups together hundreds of owners of citrus orchards in California and Arizona. Private sector strikes are almost unknown in Costa Rica because every company of any size has a solidarity program which ensures that the profits are distributed to all those who work in the company.

In the United States, thirteen million people work in over 10,000 enterprises which have an employee stock ownership plan Those thirteen million are not unemployed nor are they members of the underclass. They are proud, autonomous owners of productive capital. A similar program is found in the Basque country of Spain, where fifty thousand employees own an industrial complex in a place called Mondragon, in a project founded decades ago by a Catholic priest.

But the most impressive example of all is that of the Alaskan native corporations. When Alaska became a state, the native peoples of that territory; Indians, Eskimos and Aleuts, began to agitate for the return of their ancestral lands, taken from them originally by the Russians, and then by the Americans. The first two senators from Alaska were men of vision, and they crafted the Alaskan Native Claims Settlement Act of 1971 (ANCSA), which was passed by Congress and signed by President Nixon.

Under the terms of ANCSA, a small portion of the land they claimed was returned to the natives, and in compensation for the rest, thirteen regional corporations and 270 village corporations were established, capitalized by a Congressional appropriation and by the assignment of royalties in energy and mineral production. One hundred shares of each regional corporation and village corporation (for those who lived in villages) was distributed to each Alaskan native. To ensure that there could be no concentration of ownership from within or from outside the community, the shares were non-negotiable and have remained so. This is in contrast to the vouchers distributed in the successor states of the Soviet Union when its industries were privatized with the vouchers bought up by individuals an syndicates, which resulted in the oligarchic capitalism which exists today in those countries.

Initially management was hired and foreign companies invited to participate, as long as they agreed to train local people and after a period of time when their participation had provided a certain return on their investment, to return their shares to the corporations. Now they are managed entirely by the natives themselves. Every one of the regional corporations has been successful and the great majority of the village corporations also. The Alaskan natives are today by far the richest indigenous people anywhere in the world. I urge you to research the history of ANCSA. Many lessons can be learned.

In conclusion, in order to promote rapid economic growth, create the preconditions of political stability and economic freedom. In order to promote a just society, without which growth is merely a prelude to eventual social upheaval, I urge the passage of an Extended Capital Ownership Act, capitalized by a combination of privatization proceeds, public lands assignments, and recovered stolen public funds, with the capital stock distributed to all the citizens of Ukraine as their inalienable right to the blessings of prosperity and justice in a free country.

Thank you very much.