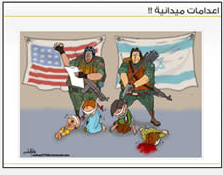 The latest ongoing Palestinian terrorist attacks against Israeli civilians began with the killing of Alexander Levlowitz, by throwing stones at his car near Armon Hanatziv in Jerusalem on September 14, 2015.  Since then 20 Israelis were killed and scores of others were wounded, mostly by stabbing attacks by Palestinians, of which 117 were killed by the IDF and more than 1,000 have been arrested. This wave of violence began in east Jerusalem and the Temple Mount neighborhood and spread throughout Israel.

Throwing Molotov cocktails and rocks to kill Israelis, stabbing and shooting and ramming cars at women, children and the elderly waiting for a bus ride, and of course attacking soldiers and policemen is recommended and justified by Palestinian Authority chairman, Mahmoud Abbas and his minions  as a “justified popular uprising,” by young Palestinian “driven by despair” because “a two-state solution [which he refuses to consider] is not coming”.

Abbas knows all about the intricacies of incitement to  “popular resistance” and  “popular uprising”. He excelled in acquiring this knowledge many decades ago as he graduated from the Soviet era infamous “Peoples’ Friendship” (Patrice Lumumba) University in Moscow. Abbas helped formulate the concept of ‘popular violent resistance’ or “popular activism” plan that was adopted by the sixth Fatah conference in August 2009, and since then become a dominant component of the PA policy in promoting its interests among restless Palestinians fed-up with its corrupt leadership, and in its interactions with Israel and the international community.

The steady diet of virulent anti-Semitic propaganda, incitement to kill Israelis and rewards to the attackers and their families by the PA and Hamas appeals especially to young Palestinians, 17- to 27 years old, affiliated with the Palestinian organizations, especially Fatah in Judea and Samaria, and in the Gaza Strip with Hamas and the Palestinian Islamic Jihad (PIJ).

The ITIC has profiled the rioting Palestinians that were killed in  confrontations with Israeli Security Forces in Judea, Samaria and the Gaza Strip. Here are the main findings of their third interim report:

* “Some of them (although not many) were university students or school children. Most were unmarried,  came from Hebron, Jerusalem and the Ramallah and Bethlehem regions, where the rioting took place. The profile of those killed in riots is not basically different from the profile of Palestinians killed while carrying out stabbing, vehicular and shooting attacks during the current terrorist campaign.”

* Evidence of their affiliation with different Palestinian terror groups was found in their online biographies, the large number of death notices issued by the various organizations, the “governmental” funerals held for them in Judea and Samaria, and the condolence calls paid to the families of Palestinian terrorists who were killed.by senior figures (from the PA, Fatah and Hamas).  That may indicate that the riots are more organized and institutionalized than the personal, spontaneous attacks carried out during the current terrorist campaign.

* Fatah is prominent among the organizers of riots in Judea and Samaria. Fatah, along with the PA, regards the riots as an important aspect of “popular resistance” strategy. In addition, many riots are also organized by the various terrorist organizations (Hamas, the PIJ, the Popular Front for the Liberation of Palestine). Sometimes demonstrations and riots are organized by the student organizations affiliated with the various organizations (which bus students to riot sites), NGOs, trade unions and even school children.

* Hamas, which controls the Gaza Strip, allows the Gazans to let off steam and express their support for the terrorist campaign in Judea and Samaria. In some instances operatives from Hamas and other terrorist organizations have been identified among those killed in the riots, but they probably are a minority of the rioters. Hamas also does not back up the popular events with rocket fire and forbids the other terrorist organizations from firing rockets (the level of rocket fire from the Gaza Strip during the current terrorist campaign has been low.[2]

* There was a relatively large number of “professional demonstrators” who had previously participated in many riots. Some of them were even detained or imprisoned in Israel. That finding supports the argument that the riots lack spontaneity and are more organized.

* As opposed to the two previous intifadas, the current terrorist campaign is not (yet) a mass phenomenon (dozens and hundreds of participants rather than many thousands). That is because the PA and Fatah are careful to contain the riots and keep them from spinning out of control, and because most of the Palestinian public refrains from answering the call, since they are involved in dealing with their daily lives. The calls for “days of rage” have also not brought the Palestinian masses into the streets. Special events, such as the funerals of shaheeds, the razing of terrorists’ houses and detentions carried out by the Israeli security forces lead to temporary, localized rises in the number of rioters and the level of friction, but generally speaking they do not lead to mass rioting.”

The full ITIC report, including their methodology is available here.