Celebrating Ramadan – From the White House to Gaza 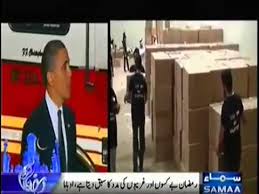 Expressions of sympathy to Gazans, for having their Ramadan celebrations foiled by Israeli retaliations, highlight a prevailing ignorance of Islamic values, not only on the part of the American media.

On July 9, in his “Ramadan Message,” President Barack Obama, once again, equated the the Islamic principles of Ramadan with American values: “I…know that Ramadan is a time of intense devotion and reflection…reciting and listening to the entire Koran over the course of the month. These rituals remind us of the principles that we hold in common, and Islam’s role in advancing justice, progress, tolerance, and the dignity of all human beings,” he said.

Yet, the Koran and prayers recited by Muslims, are reminders to follow in the footsteps of the Prophet Mohammad, who we all know had nothing in common with our Founding Fathers or Abraham Lincoln.

Canadian Imam Ahmed Shehab, who was linked to at least two of the 9/11 hijackers, set the record straight. Writing in Al Ayam, an Arabic bi-weekly newspaper (Issue 8, June 30, 2014, P. 10), translated by Jonathan D. Halevi, he reminded his Muslim readers of the true meaning of Ramadan: 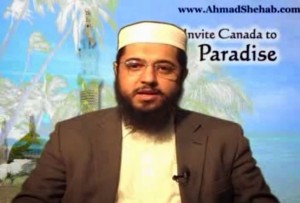 “The [Prophet], peace and blessing be upon him, used to carry out the jihad during the [month of] Ramadan and to order his companions to strengthen themselves for encountering their enemy….”

“The bottom line is that the month of Ramadan was a month of diligence, jihad and sacrifice in the life of the Prophet, peace and blessing be upon him, and not as many Muslims in our time who do not understand this and turn it into month of indulgence, laziness, inactivity and idleness.”

“O Allah, help us to follow the tradition of your Prophet, peace and blessing be upon him, and bless us with his way of life [Sunnah], and our nation with his [Islamic] Law [Sharia].”

The U.S. president’s false equation of the values of the Prophet Mohammed with American principles helps to further mislead the media and the people while garnering sympathy for the Gaza-based terrorists Hamas.

Now that the president has demonstrated that he doesn’t (or chooses not to) know about Islamic values and the true meaning of Ramadan, American and Canadian Muslims don’t have to fear serious obstacles in heeding the Imam’s call to carry out jihad, and not only in the Middle East.