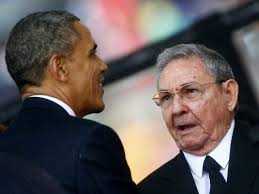 In that simplistic jargon characterizing Pres. Barack Hussein Obama’s worldwide “transformation” of U.S. foreign policy, the chief argument for his Cuban shift has been “[T]hese 50 years have shown that isolation has not worked.” In the facts of history, in this as in so many other instances, Obama is wrong….