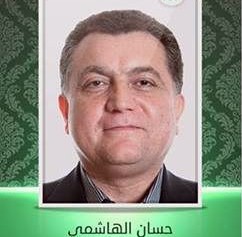 Syria’s Muslim brotherhood (MB) announced on August 9, 2013, its official return to open political activity in Syria. Hassan Hachimi was named the newly elected leader of the Syrian Brotherhood. Hachimi’s election was surprising because the 50-year-old Toronto-based architect was not know as a Muslim Brother. He has never before divulged the secret of his membership in the organization.

The Syrian-born Hachimi arrived in Canada with his family when he was 16 years old. In October 2011, he was among the 29 who gathered in Istanbul, Turkey, to establish the Syrian organized Syrian National Council (SNC) and headed the group’s North American branch and promoted what he claimed was the humanitarian efforts of the Syrian opposition, receiving aid from North American politicians and organizations. Now it turns out Hachimi was a Muslim Brotherhood “sleeper” who for 34 years secretly promoted the Muslim Brotherhood agenda in Canada.

It would be interesting to find out how many of the leaders of the Syrian opposition in the West are in fact, as Hachimi, secret members of the Muslim Brotherhood, working diligently to spread the rule of sharia as the law of the land in the Middle East and beyond.

Canadian Appointed to the Chief of the

Political Bureau of the Muslim Brotherhood in Syria

The political bureau of the Syria’s Muslim Brotherhood (MB) announced (August 9, 2013) the official return of the Islamic movement to open political activity on Syrian soil after more than three decades of being banned by the Syrian regime.

Following is a translation of the MB’s announcement (originally in Arabic):

“Hassan Hachimi, MB’s head of political bureau, inaugurated during his visit to Aleppo in northern Syria few days ago the first office of the organization in the country after an absence that lasted decades of open political activity of the MB.”

“The opening of an office of the MB party inside Syria is a great challenge in the face of Assad’s regime and a step that stresses the Muslim Brotherhood’s determination for a public return and to found, along with all other Syrian groups, a new political life in the country.”

“The decision to open the first office in Aleppo comes to pursue the current effort that intends to connect the political, military and civil activities, to coordinate between them and to enhance the MB’s efforts to unite the ranks and message in order to expedite the fall of the Syrian regime.”[1]

Hassan Hachimi, 50, a Toronto architect, fled in 1979 his hometown of Aleppo to Saudi Arabia after his father was persecuted for involvement in the Muslim Brotherhood[2]. In 1996 he arrived in Canada[3] and soon has become increasingly involved in the political activity of the Syrian opposition in exile. In April 2006 he attended in Montreal a conference of the Syrian opposition in exile that called for democratic reforms.[4]

Three years later Hachimi joined the committee of “Damascus Declaration” in Canada (Syrian opposition bloc founded in 2005) and was appointed to its vice president and the coordinator of its activities in Ontario. The committee, first convened in Canada on August 29, 2009, expressed in an official statement its support of democratic political change in Syria.[5]

The Toronto Star, referring to Hachimi as the “Canadian representative of the Syrian National Council”, reported (February 11, 2012) that Hachimi met Foreign Minister John Baird twice to discuss the crisis in Syria.[9]

In recent article (June 8, 2013) for the official bulletin of the Muslim Brotherhood, Hachimi expressed his disappointment regarding the helplessness of the international community towards the ongoing crisis in Syria. “The international policy and its diplomatic and intelligence tools failed to see all this [mass killing of civilians], yet it didn’t stop talking on minorities and terrorism,” wrote Hachimi. [12]