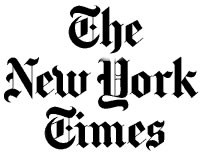 When my book “Funding Evil: How Terrorism is Financed — and How to Stop It ” was first published in New York in 2003, I never imagined that attempts to silence my work would emanate from London’s High Court rather than, say, Saudi Arabia. The book contained information from numerous reliable open sources on reputed funders of terrorism, including the Saudi billionaire Khalid bin Mahfouz, who allegedly funded Al Qaeda.

Mahfouz, the former owner of the biggest bank in the Middle East, the National Commercial Bank of Saudi Arabia, claimed through his British lawyers that the 23 copies of my book that were bought in Britain through the Internet damaged his reputation. That claim was accepted by a judge of the High Court, David Eady.The court was acting according to the archaic English libel law that predates not only the Internet, but also the light bulb. It chills free speech through the award of disproportionate damages, a lack of viable defenses and the application of the law to cases with only the slightest links to Britain, even when neither party lives there, a practice that has led to what is known as “libel tourism.”

Wealthy foreign claimants have turned London into the “Mecca of libel tourism” and made the English Bar happy. On the other side, a shortage of funds has led many authors to retract, apologize and often pay damages rather than lose a case against a well-funded claimant and potentially go bankrupt. Even a well-heeled publisher like the Cambridge University Press chose to pull back “Alms for Jihad: Charity and Terrorism in the Islamic World” by the American authors Millard Burr and Robert Collins, even though it had had plenty of time to check the facts.

As an American citizen with free speech rights guaranteed by the U.S. Constitution, I refused to acknowledge the jurisdiction of the British court. Besides, my book was neither published nor marketed in Britain.

Nevertheless, Justice Eady granted Mahfouz a judgment by default, awarding him hundreds of thousands of dollars in damages and legal fees. Mahfouz set up a Web site to advertise this and 40 other apologies, retractions and settlements. The site, like the lawsuits, was intended to intimidate publishers so they would not take on books of potentially high public interest — not only on terrorism, but also on issues such as public health and security.

My fight against the enforcement of the British libel judgment — first in New York and then with the U.S. federal government — and the subsequent criticism of British libel tourism by American legislators and media, led to the passage of local and federal laws protecting American journalists, authors and publishers from the enforcement of any foreign libel judgments.

The Speech Act that was passed unanimously by the U.S. Congress and signed into law in the summer of 2010 protects American writers like me from the chilling effect of foreign libel laws. John Whittingdale, chairman of the British Parliament’s culture and media committee, described this development as a “national humiliation.”

The United Nations Human Rights Committee has also warned Britain to stop the practice of libel tourism, which, it said, affected “freedom of expression worldwide on matters of valid public interest.” This in turn encouraged various British NGOs such as Index on Censorship, English PEN and Sense About Science to start a high-profile campaign, which led the British government to finally present libel reform legislation to Parliament.

The proposed Defamation Bill, which received its second reading in the House of Commons on June 12, would end the practice of libel tourism. It would also introduce a higher threshold for libel claims, requiring the claimant to demonstrate that his reputation has suffered or is likely to suffer “serious harm.” Although this reform may make it less easy for trivial or vexatious claims to get to court, the definition of “serious” will still be down to the judge’s discretion.

Perhaps the bill’s greatest weakness is its failure to provide a robust “public interest” defense, which has been a key demand of campaigners. In the United States, New York Times Co. v. Sullivan(1964) established an “actual malice” standard that the press has to meet to avoid action for defamation when reporting on public figures. The English bill however requires writers and journalists to demonstrate that they have been “responsible” in order to qualify for a public interest defense.

The bill includes a checklist of what is defined as “responsible publication,” ranging from the tone of the statement to the “importance” of what is being reported. But compliance with the list’s requirements is debatable and expensive. The uncertainty of this defense will continue to chill the efforts of investigative journalists, scientists and human rights groups from exposing corruption and wrongdoing.

Although the restricting of libel tourism should be considered an achievement, if I were a British academic writing in England on a matter of public interest, such progress would do little to protect me or other British academicians. According the proposed bill, we would still lack reliable legal defense from libel. Thus it behoves the British legislators to amend the bill to allow genuine criticism and encourage open debate on all matters of public interest.

Rachel Ehrenfeld is director of New York based American Center for Democracy and the Economic Warfare Institute.