Britain, a destination for “libel tourism” 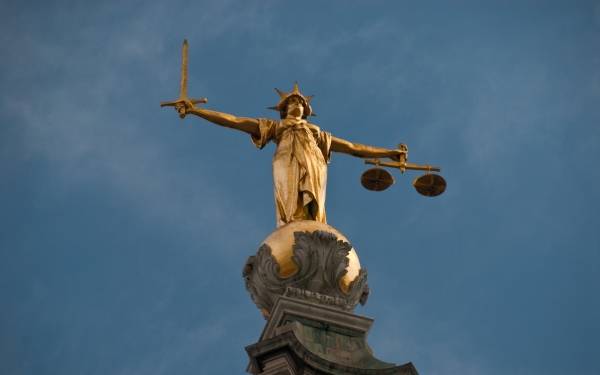 PARIS — You’re an investment bank in Iceland with a complaint about a tabloid newspaper in Denmark that published critical articles in Danish. Whom do you call?

That is called libel tourism by lawyers in the media trade. And Britain remains a comfortable destination for the rich in search of friendly courts, which have already weighed complaints from people who consider themselves unfairly tarred with labels like tax dodger, terrorist financier or murky Qaeda operative.

But lately, there has been a backlash against the bustling libel capital of the world and its cottage industry of boutique law firms that specialize in “brand reputation” legal work for the wealthy.

This month, lawmakers in New York State introduced protective legislation protecting writers from foreign judgments in countries that do not meet the free-speech standards of the United States. It is titled the “Libel Terrorism Prevention Act.”

That is small consolation, though, for Bent Falbert, the executive editor of the Danish tabloid, Ekstra Baladet. The newspaper is being sued by Kaupthing, an investment bank in Iceland, for libel in London over critical articles about the company’s advice to the wealthy about tax shelters.

The articles were published in an English translation on a Danish Web site that generally gets minimal traffic in Britain. But with the help of a media law firm, Schillings, which boasts on its Web site of being “ruthlessly and spectacularly efficient,” the newspaper and bank are locked in a legal struggle in Britain.

“My initial reaction was that it was impossible because of the consequences if you could sue anywhere in the world,” said Falbert, who noted that his company was paying five times as much as it would pay for similar litigation in Denmark. “If you were a small newspaper and sued in London you could close them in a few months.”

Britain has evolved as a destination for libel cases over the past 10 years. The Russian business tycoon Boris Berezovsky successfully sued Forbes Magazine, based in New York, in a British court.

“It came to our attention in the early to mid-’90s and the sense is that it’s picked up some speed,” said Sandra Baron, executive director of the Media Law Resource Center in New York. “What the rich Russians have started, the Saudis have seized on.”

And as countries have passed legislation protecting the free-speech rights of writers and authors, Britain has become a fallback, according to media lawyers in London.

To avoid treacherous territory, authors with controversial books try to steer clear of English law, by not selling books there. British publishers, for instance, avoided the unauthorized biography of Tom Cruise, which was written by Andrew Morton, because of concerns about defending the book in Britain.

Britain is a legal refuge because of defamation standards rooted in common law. They essentially assume that any offending speech is false and the writer or author must prove that it is in fact true to prevail against the charge.

In the United States, with its First Amendment protection for free speech, the situation tilts in the opposite direction: To succeed, libel plaintiffs must prove that the speech is false and published with a reckless disregard for the truth.

But writers in the United States or France who sought to steer clear of Britain were still ensnared in the system. Rachel Ehrenfeld is an Israeli-born writer living in the United States. Her legal battle with a billionaire Saudi entrepreneur, Khalid Salim bin Mahfouz, has become a flash point in a far-reaching global struggle over her 2003 book on terrorist financing, “Funding Evil.” Her book, which asserted that Bin Mahfouz and his family provided financial support to Islamic terrorist groups, was not published in Britain. But Bin Mahfouz’s lawyers argued that more than 20 copies of her book had been purchased there online.

Ehrenfeld shunned the English courtroom, and, lacking a defense, the judge in the case ruled that she had to pay a judgment of $225,000, apologize for false allegations and destroy existing copies. Bin Mahfouz has not sought to collect on the judgment, although Ehrenfeld contends that it remains a menace that has affected her ability to publish further books.

“It has not only affected me,” Ehrenfeld said in an interview. “Publishers are also afraid to mention any Saudi financier of terrorism, even if the evidence is there. The intimidation factor has worked very well to silence the media.”

This month, Rory Lancman, a Democratic member of the New York State Assembly, and Dean Skelos, a Republican who is the Senate deputy majority leader, stood on the steps of the New York Public Library to announce a proposed bill that would amend state law to give New York courts jurisdiction over cases like Ehrenfeld’s. Essentially, the proposal would allow New York courts to declare such foreign judgments unenforceable unless the country in which they are made had free speech protections similar to the First Amendment.

British lawyers contend, though, that the law would have little effect on the trend because many of their wealthy clients are more interested in collecting legal judgments labeling allegations false than in reaping big payouts. It is already difficult or almost impossible, they note, to collect foreign judgments in the United States.

“The English action against Ms. Ehrenfeld was not in any sense an issue of English legal process,” he said. “Sheik Bin Mahfouz is not a tourist but has long and deep connections to England, including a city residence on Park Lane and a country estate near Slough.”

Bin Mahfouz has filed more than two dozen lawsuits against writers and authors and his advisers have created a special Web site tracking the legal suits and apologies issued by writers and publishers.

The latest came in July from a British publisher, Cambridge University Press, which agreed to destroy all copies of “Arms for Jihad” and to write to 100 libraries around the world seeking to add an explanatory sheet to archived books.

Magnus Boyd is a British lawyer who specializes in representing claimants. In recent years, he said, the number of libel claims has dropped, but business is still good.

“The reality is that more and more people are being defamed because there are more and more outlets and the Internet is the obvious example,” Boyd said.

Language does not present any barriers. An satellite television network, Al Arabiya, based in Dubai and broadcasting in Arabic, was successfully sued by a Tunisian businessman who disputed allegations that he had ties to terrorist groups. The British connection? The program was available by satellite in Britain. The station did not try to defend the charges in court and in November the Tunisian man was awarded £165,000, or $325,000.

“Our courts, somewhat sadly, are reluctant to give up jurisdiction,” said Mark Stevens, a lawyer who typically represents media defendants. “Even if they can’t read Greek. And the reason is that this is an important contribution to lawyer employment. They know that libel cases from domestic clients are a bit thin on the ground.”

This article was originally published by Doreen Carvajal on The New York Times.

previous post On Libel And The Law, U.S. And U.K. Go Separate Ways
next post Plunging Oil Prices: The Challenge for the Gulf Oil Economies
Back to top
mobile desktop