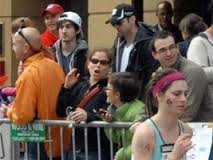 Turns out the White House has already been hard at work “to Counter Online Radicalization to Violence in the United States.”

A White House blog with the above title, dated February 15, 2013, stated that “Violent extremist groups ─ like al-Qa’ida and its affiliates and adherents, violent supremacist groups, and violent ‘sovereign citizens‘” are using the Internet “to propagate messages of violence and division.” The 1,055 word Blog never mentioned anything related to Islam, Muslims or Jihad. However, an ongoing study by the New America Foundation has found that since 2001 the majority (188) of 362 ideologically motivated violent attacks in the U.S. were committed by Islamists, often shouting “Allah Akbar.”

To counter the use of the Internet by “violent extremist groups … to disseminate propaganda, identify and groom potential recruits,” the White House declared just two months ago, “as a point to prevent online radicalization to violence in the homeland, the Federal Government initially will focus on raising awareness about the threat.”

The Boston Marathon bombing by Islamists who, as we are told, have been radicalized through the Internet, calls for immediate action to stop jihadist websites from radicalizing Americans.

But thus far, the administration has focused on Countering Violence Extremism abroad in countries the State Department considers most “at risk.”  The program works with the Department’s Center for Strategic Counterterrorism Communications to provide web materials targeted at vulnerable youth that argue against violence and promote “better ways” among those who are attracted to terrorism.

The sharp increase in Islamist radicalization and anti-American sentiments in countries “at risk,” as well as in the U.S., as alarmingly witnessed in Boston, shows that the U.S. attempts to compete with, not counter, jihadist websites, have failed. Living in the U.S. on government subsidies (welfare) and stipends, and being offered freedom–unlike in any of the countries “at risk”–did nothing to change the Tsarnaev brothers’ thinking or course of action. This, in turn, is used by the willfully blind and deaf to argue that this was “a lone wolf incident.”

The investigation of the Boston Marathon bombing is already moving in a disturbing direction. Given his Miranda warning, Dzhokhar Tsarnaev clamed up and the investigators were stopped in their tracks.

Many doubted that the administration would interfere with or obscure the investigation. However, Vice President Joe Biden’s speech at Wednesday’s memorial service for Sean Collier, a campus police officer at the Massachusetts Institute of Technology murdered by the Tsarnaevs, unveiled the administrations’ direction.

Imagine, the killing several people, injuring, maiming and traumatizing hundreds, shutting down a city at the cost of more than $1 billion a day was committed by two jihadi impersonators who happened to be Muslims. Clearly Biden, does not consider them “the real thing!”

The little known thus far about the government failure to monitor and stop the “knockoff” Tsarnaevs should initiate immediate Congressional investigations not only into the administration’s failure to prevent the Boston Marathon bombing; more importantly, Congress should look into the government’s readiness to monitor and stop the next terror attack by “real” jihadis.