An Intelligence Coup and Kurdish Aspirations 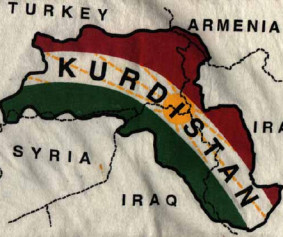 “What will Washington do about us?” Telephone conversation, Kurdish subject. 18 June 2014

Two days before the ISIS (the Islamic State in Iraq and the Levant) attack on Mosul led to the discovery of 160 flash drives of inestimable value. From them, the Iraqi government and western Intelligence agencies have been provided with essential information on ISIS: Specifically, its financial health, which has been valued at more than $2 billion, and essential personnel lists with names and noms de guerre. In addition, there were coded entries for sympathizers working in the various Iraqi ministries. The incredible intelligence coup is perhaps the most important since the discovery of the 20 main financiers of al-Qaeda, which was found in the Bosnia office of Benevolence International Foundation in March 2002.

What is unclear, but that which can be implied from news out of Irbil, is that the Peshmerga, the Kurdish army, may have been responsible for the capture of ISIS most trusted messenger Abu Hajjar. His interrogation led to the hideout of head of the ISIL Military Council, Abdulrahman al-Bilawi.

Just who was determined to capture Abu Hajjar and the particulars surrounding the capture of the flash drives have been well disguised. Among the essential data lacking is who led the capture team and who or what was responsible for the death of al-Bilawi, who was found dead “in his hideout near Mosul” two days before the city fell to ISIL. The Bilawi trove has since been shared with the Americans and one assumes from the Guardian report, the Brits. Reportedly, they were “amazed” at what had been found, and CIA officers, “were still decrypting and analysing the flash sticks.”

While there is no sure proof that the find was made by the Peshmerga, Iraqi Kurdistan is riding the wave of an unexpected political earthquake. Iraqi Prime Minister Nouri al-Maliki was helpless to stop – and may actually have supported – the Peshmerga occupation of Kirkuk — a city long claimed by Kurds. And there is no indication that the Kurds will return control of the city to Baghdad.

Returning to the question, “What will Washington do about us,” it is well to remember that north of Irbil there exists a huge airport and one of the largest runways in the Middle East. Kurds are convinced that Americans are now operating from there, since their food and drink demands are too large to be hidden from the populace. Certainly, it could serve as a major drone base, was the United States so inclined. And if the U.S. State Department should finally choose to revive the longstanding close relationship the US military formed with the Kurd citizenry in the years following Operation Desert Storm, the American presence would be welcome.

The same Kurd who called is convinced, as most are, that Kurdish oil is now flowing through the 300,000b/d pipeline recently constructed by indigenous Kurdistan commercial interests. It connects with the Turkish Ceyhan pipeline, and the first shipment of 1 million barrels of Kurdistan oil was shipped to Ceyhan last month. It is also believed that the recent developments, which have given impetus to the potential creation of a Republic of Kurdistan, will require that an enlargement of the pipeline be made very soon.

Finally, Kurdish elections have just been held and the Barzani and Talebani family factions seems to have achieved a rapprochement, thanks to the younger members of a new and less mule-headed generation of political leaders.

There has never been a more propitious moment for Kurdistan to achieve independence. And so, one must ask, “What will Washington do” to meet Kurdish aspirations?