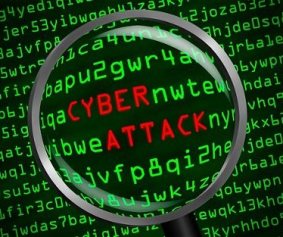 Analysis of Firsthand Experiences of the World’s Most Renowned Cybersecurity Forensics Teams Pinpoints Exploitation of Privileged Accounts as a “Signature” in Targeted Attacks.

A new report was just released, identifying the compromise and misuse of privileged accounts as a key signature common among advanced targeted cyberattacks.

Privileged Account Exploits Shift the Front Lines of Security, provides an expert’s vantage point into emerging patterns in targeted attacks by analyzing the experiences of the world’s most renowned threat investigators in remediating the most devastating breaches.  Participants include:

RSA, The Security Division of EMC

“This coalition represents some of the smartest, most experienced and knowledgeable threat investigators in the world. By understanding the commonalities they’re discovering across their investigations, we’re gaining significant insights into attack patterns for targeted attacks,” said Udi Mokady, CEO of CyberArk. “What the research discovered was the exploitation of privileged accounts occurs in almost every targeted attack, and is the primary reason why attacks are so hard to discover and stop. These accounts empower attackers to access secure networks and databases, destroy breach evidence, avoid detection and establish backdoors that make it nearly impossible to dislodge them from networks. Securing privileged accounts represents the new first line of defense in the on-going cyber-battle companies are fighting.”

Privileged accounts which consist of IT administrative credentials, default and hardcoded passwords, application backdoors and more, provide attackers with an ‘all access pass’, enabling them to go where they want, traversing a network without hindrances. These accounts are also critical for attackers to hide their tracks and to ex-filtrate data. Once attackers gain privileged access to critical applications and systems, they become exponentially more difficult to stop, heightening the risk of data loss and business damage.

Key findings of the report include:

* Every Industry, Every Company is now a Target:  Cyber-attackers have broadened their targets, pursuing companies of all sizes, in all industries.  This is often a means to an end: attackers are frequently after their supply chain partners. Threat investigators have traced attacks to non-traditional targets such trucking companies and all types of professional services firms, from management consultants and auditors to litigation attorneys, frequently as a key step in an attack on a business partner.

* Perimeter Resistance is Futile: Attackers will get inside of perimeter security and the most likely infection point is employees. Phishing attacks are the most common vector and are growing in sophistication, making employee log-ins far easier points of infiltration than network or software exploits.

* Attackers Stay Hidden for Months or Years:  Most attacks have been ongoing for 200 days or more before initial detection. Monetary attacks have a much shorter time to detection – typically less than 30 days. Attackers can cover their tracks using privileged accounts to delete log data and other evidence.

* This article was published on December 1, 2014, on i-hls.com, under the title “Identifying New Patterns in Advanced Targeted Attacks.”