Cyber Accidents Can Have a Purpose 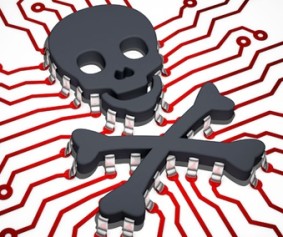 “Steven Chabinsky recently painted a detailed portrait of today’s evolving cybersecurity threat landscape. It’s not pretty.” reports Frank Konkel, in “If You Think Cybersecurity is ‘Just an IT Problem,’ Prepare to Get Owned.”

“Aside from classified information, Chabinsky, who is chief risk officer of CrowdStrike and former deputy assistant director for the FBI’s Cyber Division, held little back for the Akamai Government Forum on June 5. His keynote speech detailed vulnerabilities in next-generation automobiles – audio CDs containing preprogrammed malware could take over a vehicle’s acceleration and breaking – and outlined how next-generation ‘cryptsters’ are creating undetectable malware that essentially renders antivirus software moot. This malware could expose an organizations private information, shut down systems or quietly exfiltrate data that hackers with intent to harm would break the bank for.

In this new cyber landscape, even biomedical devices like insulin-injection pumps and pacemakers are potential targets to old adversaries – spies, criminals, warriors and terrorists – with new and advancing technologies.

Defending against and mitigating attacks from such formidable, agile adversaries is perhaps the grandest challenge in cybersecurity today, yet the organizations best equipped to clear those hurdles are the ones that treat cybersecurity as more than an information technology issue. In other words, Chabinsky said, organizations – whether private sector companies or public sector agencies – that believe cyber is just an “IT problem” might as well just prepare to get owned.

“When this is just an IT issue, it shows a lack of responsibility on behalf of senior leaders to push that decision to people who are implementing the solution space,” Chabinsky said.

Good cybersecurity is akin to strong enterprise risk management principles to mitigate “significant harm and information systems relating to the loss of confidentiality, integrity and availability,” Chabinsky said. His speech offset the alarming bits with large chunks of insight useful to cybersecurity stakeholders in any organization.

One of the most important, he said, is continued education. It’s not enough for an organization’s leaders, chief information security officers and chief information officers to stay current on threats; all the requirements and controls in the world won’t work if they aren’t explained to employees properly.

“The biggest value for employees is to let them have an education on why controls are necessary so they don’t purposely subvert them,” Chabinsky said. “These rules are in place for a reason, the number one thing for employees is you’re not always getting across why … we have these controls, and I think that is significant. If employees are your first line of defense, you are in trouble, and it’s not because of employees, it’s the capabilities.”

In addition, Chabinsky said cyber-intelligence should be used as a risk-management tool, not merely to aid detection of breaches. Increasingly, security-savvy organizations are turning to a mixture of big data analytics that make use of scalable cloud computing to both crunch real-time logging activities and traffic and share that information. These systems can capture and analyze voluminous amounts of inbound and outbound network traffic in short order.

“They’re taking advantage of the cloud to connect disparate resources, almost like a neural network, and if they see something, others can update,” Chabinsky said. “If one issue has never been seen before, everybody else can get up to speed. Then, you’re making information sharing at machine speed. All this aggregated data is absolutely important for identifying who is doing it, connecting where it is coming from and who is responsible for it.”

Evidence for the success of such platforms has made it into international headlines, most recently in the indictment of five Chinese hackers who infiltrated the networks of several American companies. Lastly, Chabinsky warned that organizations would be wise to learn from “accidents,” whether they be actual issues that occur within a system or the discovery of theoretical vulnerabilities that haven’t happened.

* This article was originally published here on June 9, 2014, under the title, “If You Think Cybersecurity is ‘Just an IT Problem,’ Prepare to Get Owned.”