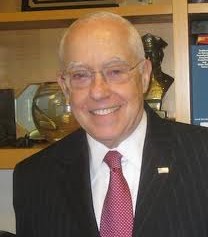 Luckily, previous ‘Free Flow of Information’ bills went nowhere. But a new one is picking up steam. Why?

Anyone looking for proof that bad policy begets more bad policy need look no further than the all-too-aptly-named Free Flow of Information Act of 2013. The bill may be taken up on the Senate floor as early as this week.

The proposed legislation has had predecessors that failed to become law: the Free Flow of Information Acts of 2007, 2008 and 2009. Each, like the current bill, was said by its proponents to provide urgently needed protection for reporters seeking to shield confidential sources from discovery through federal subpoenas—thereby promoting disclosure of important information, particularly from government whistleblowers.

Each of those earlier bills was firmly opposed by members of the intelligence community, including by me when I served as U.S. attorney general in 2007-09. We thought that the bills were not merely unnecessary but also a potential source of mischief that would empower those who lost policy arguments within the government, or who were simply out to do harm, to leak with impunity.

Despite the clamor from the press for a federal shield law, and the consequent appeal of these bills to legislators seeking press favor, they went nowhere. Until now, when without even holding a hearing to seek the views of intelligence professionals, the Democratic leadership proposes to bring the bill to the Senate floor.

What changed was that in May the Obama Justice Department was discovered to have searched the private emails of Fox News Washington correspondent James Rosen in connection with a 2009 leak investigation, labeling him a possible co-conspirator for having solicited the information. The press collectively, and justifiably, howled.

The leak in question may have compromised an intelligence source relating to North Korea’s nuclear program. Disclosure of information like that, and indeed even less sensitive information, is a crime. However, there was no suggestion that Mr. Rosen had done anything more than cultivate a government source and ask questions, and Justice’s email search looked like a clumsy attempt at intimidation.

Rather than hold its own bad policy up to scrutiny, the White House issued a statement days later that it would support a federal shield law—a glittering diversion having little or nothing to do with the offending email search. In July, Attorney General Eric Holder filed a one-page letter announcing Justice Department support for the bill, a statement rich in platitudes about the department’s own sensitivities and rigor but containing neither analysis nor the views of any law-enforcement or intelligence official.

Like its predecessors, the current Free Flow of Information legislation is unnecessary. In the 41 years since the Supreme Court held in Branzburg v. Hayes that reporters have no common-law privilege to avoid a grand-jury subpoena, the flow of information to the public from numerous sources, including government sources, has increased dramatically. Although supporters of a journalist privilege consistently cite the role of confidential sources in such historic reported events as Watergate, the Pentagon Papers, Enron and Abu Ghraib, those sources came forward despite the absence of a federal shield law that the bill’s supporters now claim is essential to assure the flow of information.

At a time when disclosures of highly confidential government information, much of it classified, compete for attention throughout the news cycle, and prosecution of the people who disclose such information is so rare as to be a curiosity, it beggars belief to claim that would-be leakers need more protection.

The bill is also fraught with near-meaningless ambiguity, and it transfers from the executive to the judiciary the power to determine what is necessary to protect the security of the nation. Thus the bill protects any “covered journalist” from being forced to disclose the confidential source of a story, or information received from that source—called “protected information”—unless, as to a criminal investigation, a judge finds that the government has exhausted alternatives before seeking protected information.

Moreover, evidence from a public source or a source other than the reporter at issue must show that a crime has been committed, that the testimony or document the court seeks is “essential” to the prosecution or defense in the criminal investigation, and that no clear and convincing evidence outweighs the public interest in surrendering the protected information, including whatever national-security interest may be at stake. The bill also protects the “covered journalist” against disclosure of any record maintained by any commercial entity under essentially the same rules that apply to protected information.

What is or isn’t in the public interest, how grave may be the national-security threat from letting a reporter shield a confidential source, and determining what is “essential” to an investigation is left to the unguided discretion of each judge who hears such a case. Judges—who are neither trained to assess national-security threats nor generally responsible for such assessments—thus supplant executive officials who have the training and the responsibility.

Then there is the issue of who is a “covered journalist.” The statutory definition seeks to exclude known terrorists and those whose principal activity is disclosing source documents without authorization (think Edward Snowden or Julian Assange) but would likely include the correspondent for, say, the Iranian state news agency Fars, or the Chinese state news agency Xinhua, or Al Jazeera, notwithstanding that such a correspondent may well be acting purposefully to injure this country. Judges are free also to treat as a “covered journalist” someone not otherwise covered by the definition in the law, when doing so would serve the “interest of justice”—another creature of each judge’s unbounded discretion.

And if some judge found that the exigencies of a criminal case, or the interest of protecting national security, did outweigh the public interest in the free flow of information, and directed the reporter to disclose a source or other “protected information,” what would happen then? Why, the same thing that happens now. Under the proposed law, a reporter remains free to decide that contempt penalties—which may be only coercive and not punitive, and which must be lifted once it is clear that coercion through confinement will not work—are preferable to compliance with a court order.

All this rigmarole about “protected information” and “covered journalist” tends to obscure some basics. Start with the proposition that every unauthorized disclosure from government files is a crime under the law that bars theft of public money, property and records. So, under another statute, is publication of information relating to national defense when the person who does so “has reason to believe that the information could be used to the injury of the United States or to the advantage of any foreign nation.” So is publication of signals intelligence, such as details of the NSA’s various electronic-surveillance programs. The Free Flow of Information Act of 2013 permits a “covered journalist” who witnesses a crime to be subpoenaed—unless the crime is the theft or disclosure of government information in which he may be participating.

The Constitution, Justice Robert H. Jackson wrote in his dissenting opinion in Terminiello v. Chicago, a 1949 free-speech case, is “not a suicide pact.” The statute book, however, may soon become one.

*Mr. Mukasey served as U.S. attorney general (2007-09) and as a U.S. district judge for the Southern District of New York (1988-2006). He is also a member of the Board of Directors of the American Center for Democracy.